All the Mini derivatives that ever made it to the 24-hour race at Le Mans (or just about!) were described here in a series last year. This year three of these cars will make it to the Le Mans Classic on 16-18 July 2012. Two of these are Mk1 Mini Marcoses entered by French teams (just like the one in 1966), the first of them wears chassis number 9 and is being entered by Arnaud Pautigny and Jean Pierre Jabouille who is said to have co-driven the 1966 car (this one). With chassis number 6034 the other Mini Marcos is slightly later and will be driven by Jean-Pierre Manjard and legendary stunt driver Rémy Julienne, who catered for the stunts in the Italian Job and should know how to drive a Mini, I reckon! Third but not least is a Deep Sanderson 301. In fact it is the alloy bodied car that originally made it to the same track twice (and crashed in practice in '64 - see here). It's also the same car that was auctioned last year and is now enetered by a New Zealand/British team of Roger Wills and Joe Twyman. Intriguingly the car can be hired, too (click here). Perhaps something for Classic Le Mans 2014? Anyway: good luck gentlemen racers! 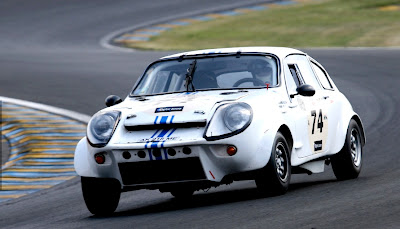 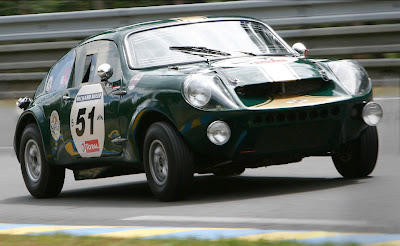 While this one will have 1966 Le Mans veteran Jean-Pierre Jabouille at the wheel
Picture courtesy motorsport.com 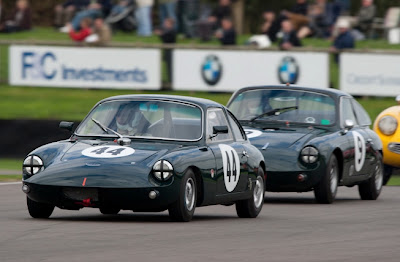