Time for some mystery and suspense, as long as you are into quirky Mini based stuff at least. This time with a sporty little roadster, influenced by Lotuses perhaps. On its nose cone you may just be able to read out the name 'Delaney', and the 1974 registration tells us that is indeed what this car is called. But what is a Delaney? I do not have the faintest idea, and my source doesn't mention anything else either. However, the Delaney does seem to use an 1100- rather then a Mini engine (and subframe), while the front suspension looks Triumph sourced to me. Is it home brewn? The square panels may suggest just that. Or could it be slightly more professional and were there ever more Delaneys? Let me know! 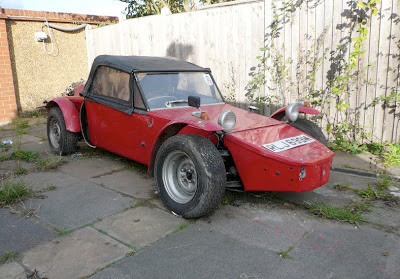 Pointed nose and widened wheels. Oh yes, this has to be a child of the 1970s 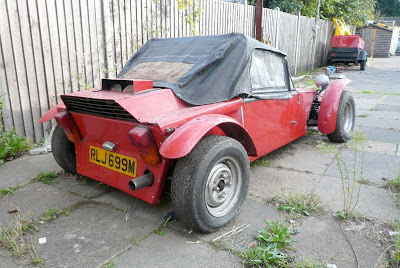 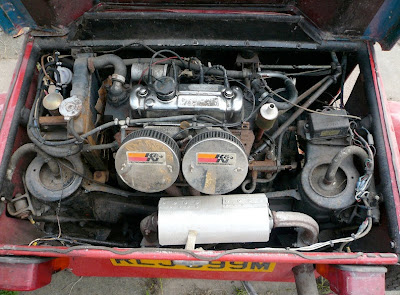 Open that tiny little bonnet to reveal another A-series engine. An 1100? The subframe is 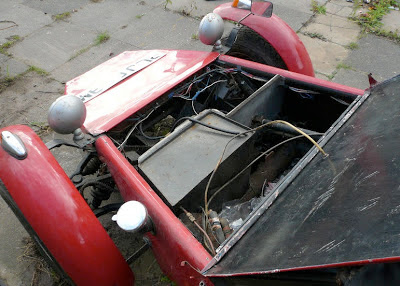 Petrol tank is located in the front. Suspension looks to be Triumph sourced