There are so many obscure Mini based 3-wheelers that it seems virtually impossible to know all of them. The last week or two I received some messages from people who've seen such a car offered for sale, and so it was about time to do a little write-up about these. So read on if you are into really quirky Mini based stuff, would like a 3-wheeler and are not the most introvert of persons.

The first is advertised as a Stimson 3-wheeler but I don't think it is that (ad here). The front number plate suggests it could be a 'CTS' but I cannot find any information whatsoever about a vehicle with that name, not in Chris Rees' excellent book 'Three-wheelers', nor in Steve Hole's 'A-Z of Kit Cars, nor on the web... Number two is a one-off, known as a Cannon. It is advertised in Germany on a German website, while the thing itself is located in Spain, on Spanish plates (ad here). Last of the three is a 'Leyland Skip' (what's in a name?), which is perhaps the least obscure of the three as one of my books does mention that as built by J.J. Calver Industrial Engineers in 1991. Two are said to have been made, although the car pictured in the book doesn't look quite the same as this one... (ad here). Now, who dares... 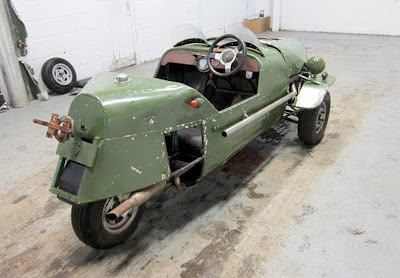 Advertised as a Stimson 3-wheeler but I don't think it's that. A CTS then?
Picture courtesy car-transplants.co.uk 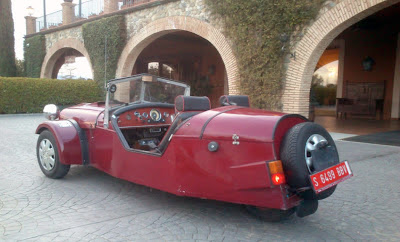 This is the Cannon 3-wheeler that is located in Spain and advertised in Germany
Picture courtesy ebay.de 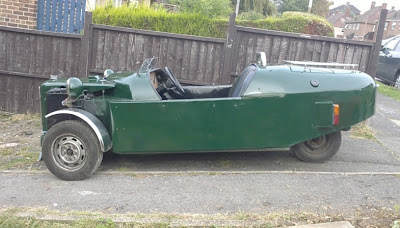 This 'Leyland Skip' is on a 1976 plate and is for sale in Sheffield for 1300 GBP
Picture courtesy carandclassic.co.uk