Pictures and information continue to flow in about the Deep Sanderson 301 that I saw earlier this year while being restored in Germany. It's been restored at least two times before, as I found out. An Austria based reader told me he'd almost bought it in 2008 and was sent some pictures of the car's earlier (mid-1980s) restoration back at the time. I have enclosed some of these here. I also found an article in a copy of Alternative Cars magazine of the car's restoration back in 1979 when it was still in the UK. Last but not least Ben Alberts, who spotted the car in 1988 found one more picture of its engine bay. Thanks chaps! 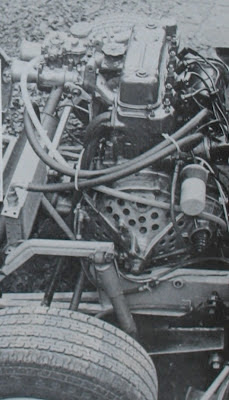 The engine bay back in '79. Note lots of holes and no coil springs
Picture courtesy Alternative Cars 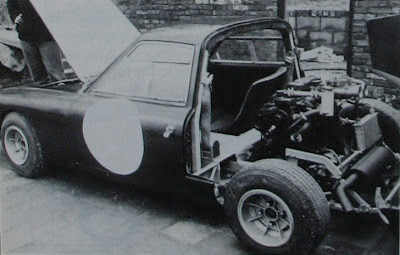 Just before the 1979 restoration was started the car looked like this, with fat JAP wheels
Picture courtesy Alternative Cars 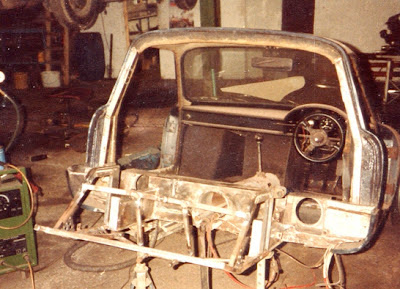 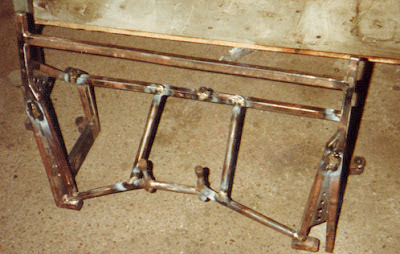 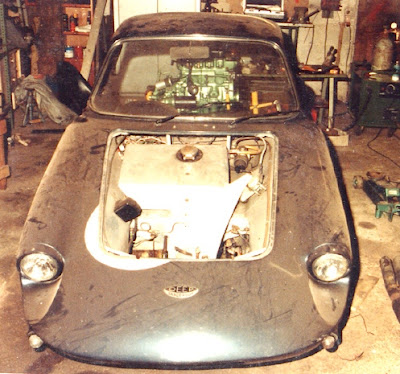 Aluminum tank is still with the car. Blue metallic is believed to be the original colour
Picture courtesy Frans Josef Berg 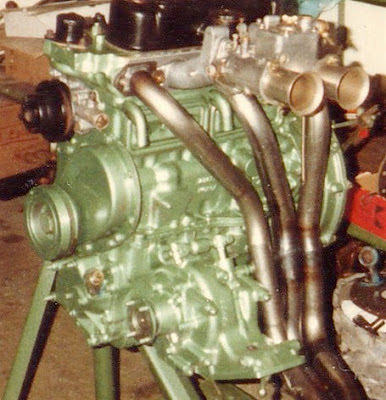 The revamped engine just before it got in again. Nice pipe work for both inlet as exhaust
Picture courtesy Frans Josef Berg 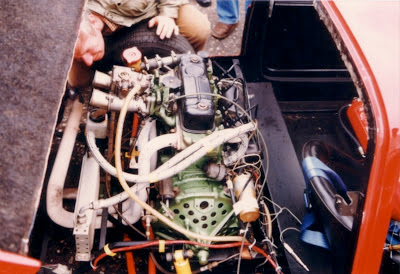 That's the engine bay in 1988 as seen at Zandvoort. Not visible, but it uses coil springs here
Picture courtesy Ben Alberts