I'm not the biggest fan of modifying bread and butter cars by adding spoilers and skirts, wild paint, wide wheels, loud big bore exhausts and even louder stereos. But even I have to admit some of these creatures show an ingenious approach on craftmanship. How about the one below? I do not know much other then that it's supposed to have started life as a Mini in Germany. Mein Got. Look at these gullwing doors, that nose job, that bonnet, that screen. If this really is a Mini there's not much that has not been modified. Now that makes one curious, doesn't it? 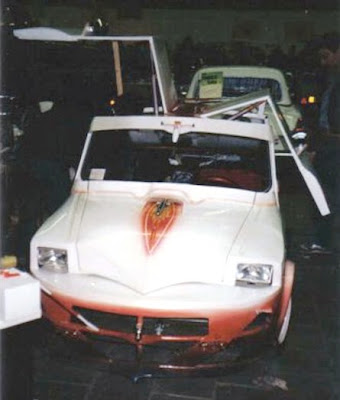 What on earth is that? It is said to be a German Mini conversion, probably of the 1980s
Picture source unknown

UPDATE 25 March 2015: One more picture surfaces, thanks to the chap whop took the one above, too, on a show in Utrecht, The Netherlands. It was a Mini Van, at one point... 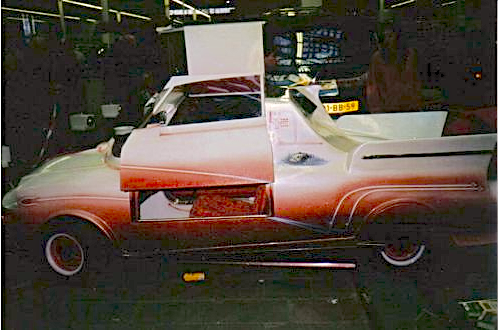