I wrote about the Ogle SX1000 Super a couple of days ago, saying the 'BOO 799' registered car did ring a bell (click here). It was Stirling Moss who used to drive the car in question and there are several pictures of him with it, taken in March 1963 outside the Carlton Tower Hotel in London. Now, I do not know if he actually owned the little Ogle but he surely had some sort of a relationship with the company in Letchworth. Not much later, in October 1963, it was announced Moss had commissioned Ogle to design and build his 'dream car', a fastback coupe based on a Lotus Cortina. Ogle did so but subcontracted Harold Radford to actually build it. The car was used in a couple of advertisements, but disappeared soon, only to be discovered in the Philippines not too long ago. Great find. I just wonder what happened to the SX1000? 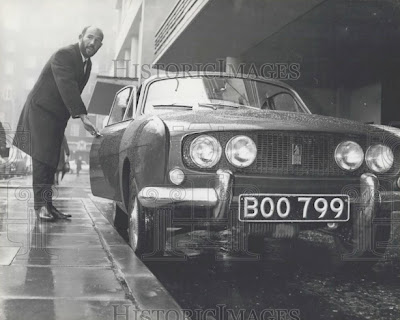 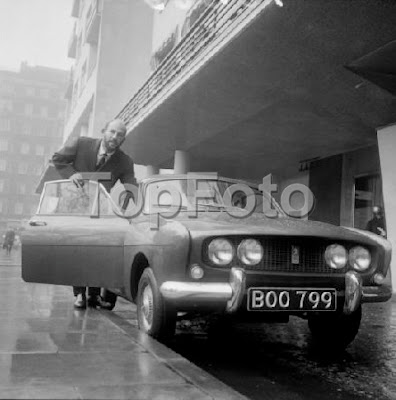 Did Stirling Moss actually own it, or was it just a little promotional work for Ogle?
Picture courtesy TopFoto 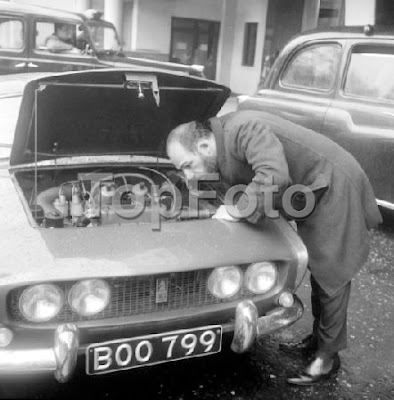 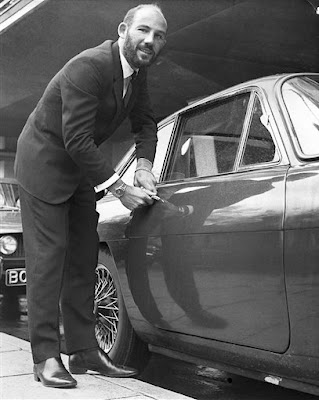 Smile! This actually is an Ogle SX250, but the SX1000 is behind it
Picture courtesy Leonard Brown 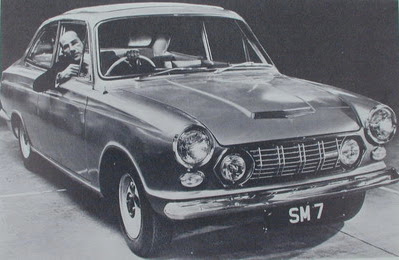