World's most colourful Yak is sold once more

I love it when cars keep on being offered for sale, every time in a different guise and with increased price. This Grantura Plastics Yak, judging by the number plate based on a 1964 Mini, is a great example. The first time I saw it was in 2009 when it changed hands for just over 800 pounds. Next, it was painted green, rather hastily or so it seemed as the red was already coming through. To give it an extra bit of flair the doors were fitted, albeit unpainted, and new seats covers were installed. Oh, and somebody decided it would look better with the grille upside down. It was sold again, now for just under 1,500 pounds so it nearly doubled. Not much later in 2012 it appeared in an auction of Barons auctioneers. The vendors got rid of the doors once again, but decided to give the wheels a striking yellow layer of paint. Plus also new bucket seats. It did not sell though - with the reserve now set at 2,250 pounds. Latest reincarnation was this year, when offered for sale by a Dorset dealer. This time in yellow. The wheels were painted silver once again: asking price 3,995 GBP. It sold, too. I just wonder when it will be offered next and in what colour... 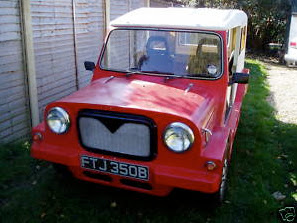 2009: red. Not sure if this was the car's original colour though...
Picture courtesy ebay.co.uk 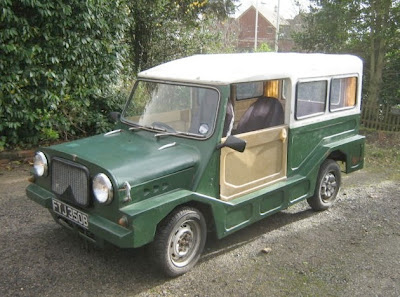 2012: green. With doors now. New seats covers, too, but grille is upside down
Picture courtesy ebay.co.uk 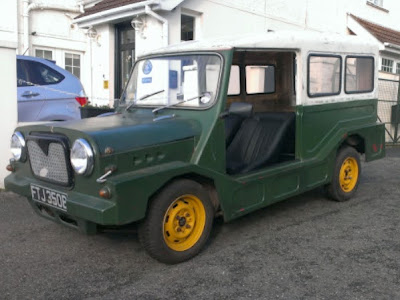 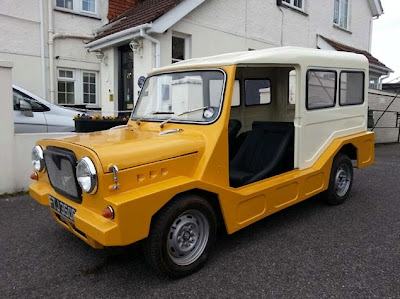