Did I really never post one word about the Pellandini? No I didn't. So it's about time. Hang on, I've got some good pictures of it, too. I believe the car you see here to be the first (of 7) Pellandini coupes built by Peter Pellandine in Cherry Gardens, Australia. That must have been in 1971. Pellandine later said it was Ferrari’s infamous Dino which had inspired him for the Mini based sports car and the Italian sounding name certainly helped that sporty image, too. Most cars used an 1100 engine while all of them came with monocoque fibreglass chassis-body structure with steel sheets bonded in to strengthen the suspension points. Mini-uprights were used at the front, while the rear was fitted with special aluminium ones. Both front and rear were fitted with wishbones, coil springs and telescopic dampers. I'm sure it must be a great thing to drive - when you get in, at least... 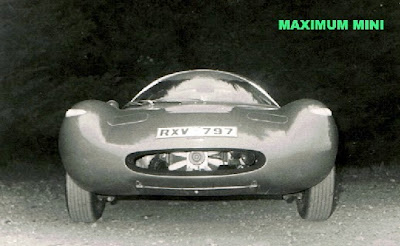 You'll have to believe me when I say this really a Mini based car. It is!
Picture Jeroen Booij archive 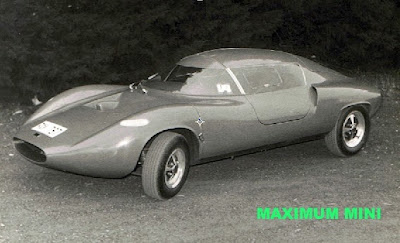