How to recognize Ogle's Super SX1000

Did you ever know there was an official 'Super' version of Ogle's pretty SX1000? I didn't. Until I had a beter look at the advertisement below. The clipping dates from early 1962, less than a year before David Ogle's unfortunate death. According to the article the SX1000 Super not only came with 997 Cooper engine as a standard, but also had bigger chrome bumpers with overriders, reclining seats, carpeted interior and some more features.

With this information I couldn't resist having a look through all of my SX1000 pictures to see how many of the cars in my file came with the big chrome front bumper. I can tell you now there were surprisingly few. Just about all of the cars in there wear the moulded fibreglass front bumper - like here - it does suit the car better, or so I believe.

Oh, and by the way, the registration 'BOO 799' did ring a bell to me too. Yes - this was the car that Stirling Moss owned - or at least used - for a while. More on that later. 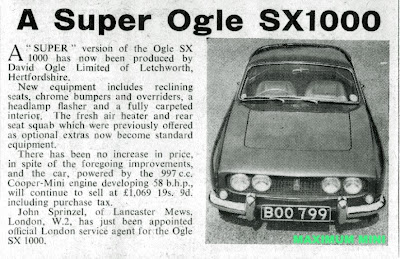 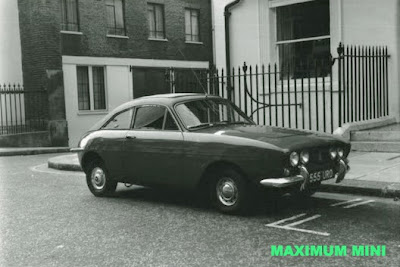 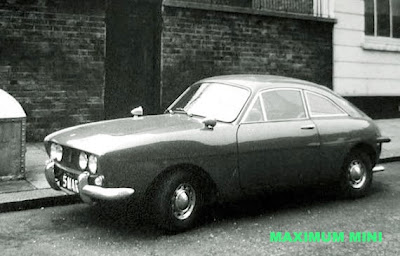 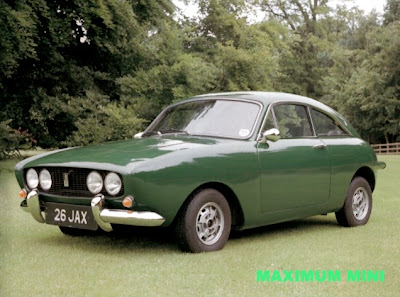 This 2001 picture shows another Ogle SX1000 'Super'. It does have 997 Cooper power
Picture Jeroen Booij archive