Spain is in shock now that King Juan Carlos abdicates after reigning the country for 40 years. There have been ups and downs while on the throne (here), but I reckon the former King was a bit of a motoring man, too. In 1970 the Spanish King had a lovely dark blue Maserati Quattroporte for official purposes but privately drove a Spanish built Authi Mini, equipped with 1275cc engine and several special features (click here).

And when he and his wife Princess Sofia came to London in the early 1970s they wanted to visit the Earl's Court Motor show. This terrific shot shows both of them looking at the Scamp Mk1. While the Princess is chatting to the man with sunglasses, the King looks to the splendid simpleness of the Scamp. According to Scamp fan Chris Westgate the King actually ordered 6 Scamps. And so he may now finally have found the time to drive them. Drop me a line if you like, Sir! 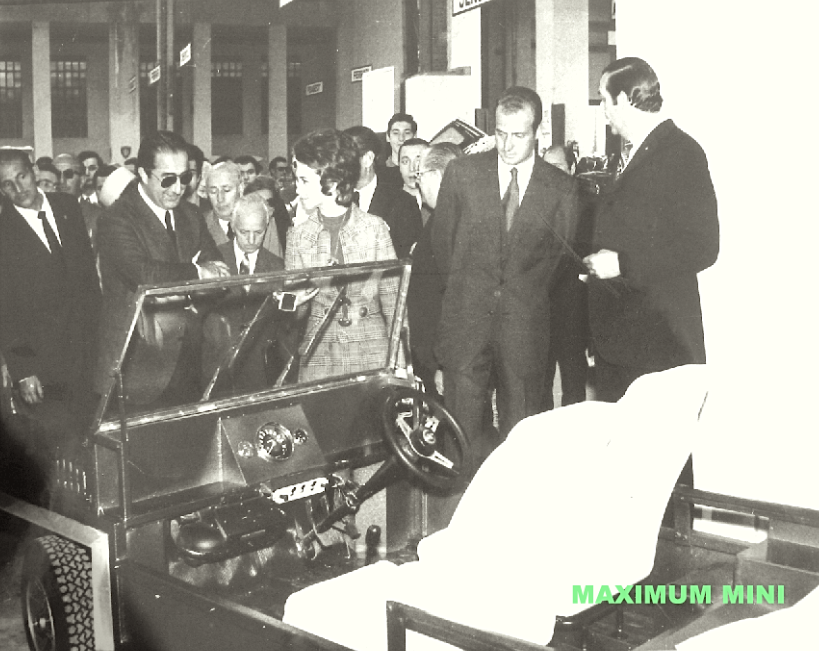