Updates from the Antipodes

Benie from Australia dropped me a line last week about one of the more exotic Mini based sports cars he owned one day - a Pellandini. He wrote: "I bought the third Pellandini built in about 1971 into New South Wales. It had push up headlights, gullwing doors and a Perspex windscreen. It had Mini front uprights and specially designed aluminium rear uprights held by unequal length wishbone suspension. The front rollcentre was one inch lower than the rear (to use 10" rims on the front axle and 12" rims on the rear) and it had coil over shocks. It used mini standard rack and pinion steering. Peter Pellandine told me he once worked at Lotus cars and copied the all-fibreglass Lotus Elan. I think it had a similar frontal profile of the Lotus 23 sportscar. The Mini-engine in my car was mounted just forward of the rear axle. It was light weight and I could lift the front by myself and the rear without the engine installed. I built the engine and put it in. It came in a half race /half road setup with race tyres and was really quick, especially in hill climbing and on the track. I had it painted before delivery in a Holden lime green colour."Benie is willing to dig out his old photo files, so we may see some nice old pictured of his car in the near future. I'm not sure but I think it could be the same car as the one on the pictures below, which were sent to me a long time ago. I do not know anything else about the car in question. Maybe somebody else here does? 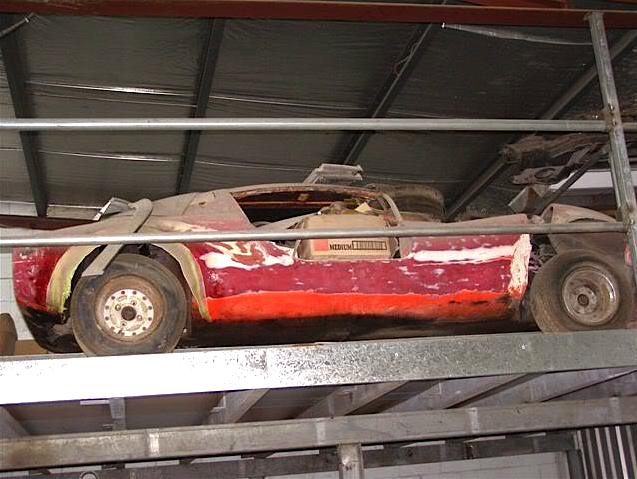 Mystery Pellandini looks as though it could do with some tender loving care
Picture Jeroen Booij archive, source unknown 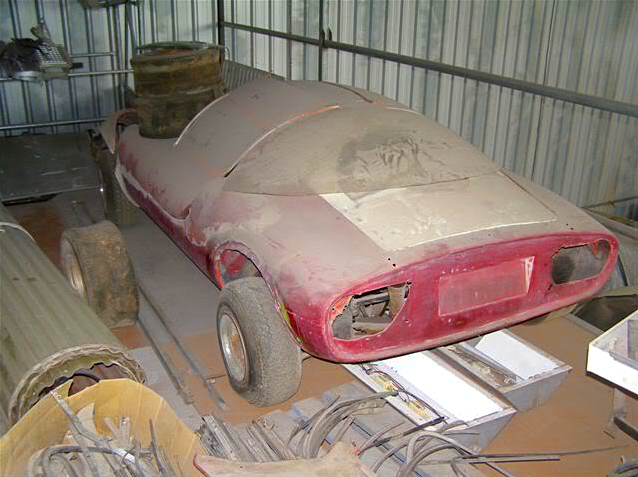 I can see some traces of lime green paint on that shell, so could it be Benie's old car?
Picture Jeroen Booij archive, source unknown

Meanwhile, in New Zealand, a genuine Broadspeed GT has been sold swiftly through this website. The car was advertised on the Maximum Mini forum (worth checking here) by its second owner who'd taken care of it for 29 years. The 1967 GT was imported into New-Zealand in 1971 by Miles Udy who previously worked at Broadspeed in the UK. It is said to be the only Broadspeed GT with dry suspension and is correctly registered as 'Broadspeed GT'. Apart from being painted a Rolls-Royce metallic red at one stage it is very original and comes with 5" Minilites and a bucket seat believed to come from one of Ralph Broad's old racing cars. I wish the new owner all the best with it, and do keep me updated about this little stunner! 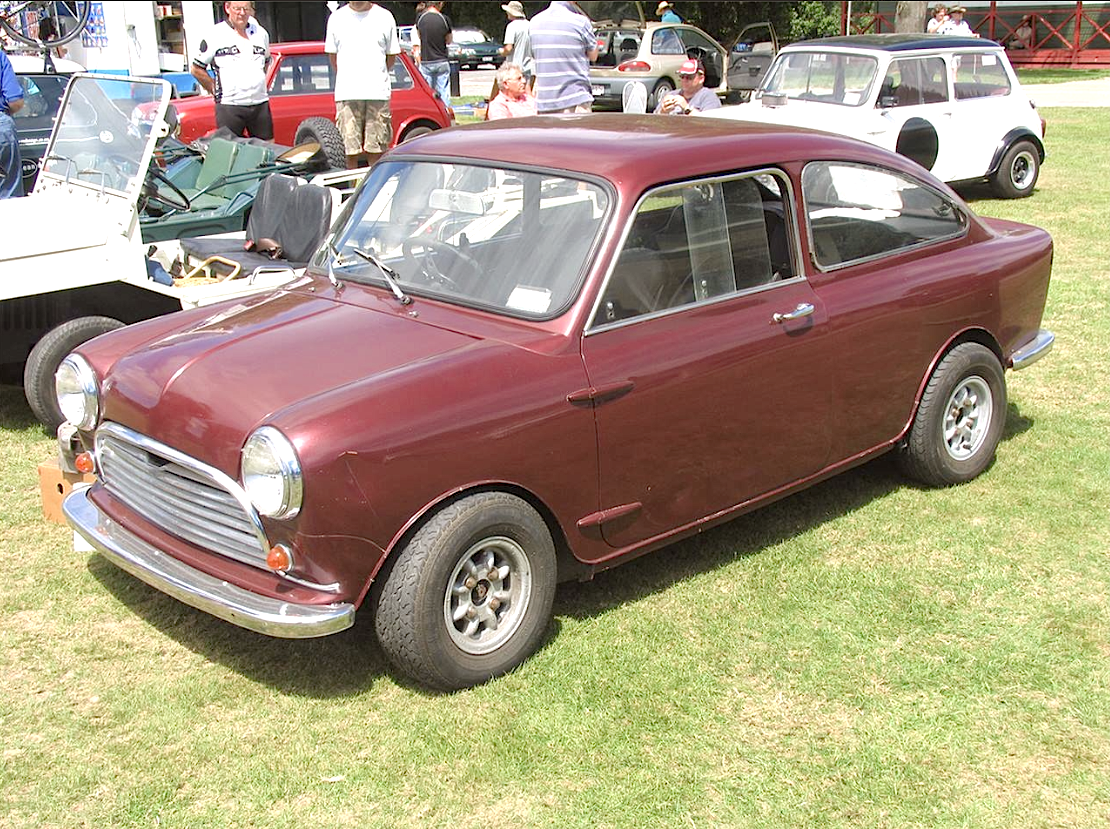