Okay, it’s pushing an open door, but some things just were better in the days past. Take Le Mans' 24-hour race, or what used to be ‘the ultimate in endurance racing’. It’s there this weekend, but don’t bother. Let’s have another look at the race of 1966, a time when privateers could still enter on a shoestring and making a fair chance of returning home with a trophy. I have described it here before but have, meanwhile, found some new pictures after paying Jean-Claude Hrubon a visit in his home in France's south last summer. Hrubon was the man to come up with the idea of entering a Mini Marcos after he'd seen it at the Racing Car Show in London. Was it perhaps even the most heroic Le Mans entry ever? I'm tempted to say so.

He had some great stories to tell in what he said to be 'his last interview'. How about this: “The great thing was that the little Mini Marcos became some sort of a public favourite. All the journalist called it la puce bleue - the blue flea. And the later in the race, the more popular it became. By the next morning the public had become really enthusiastic about our car. It was something different, something wonderful in between all those big cars. I remember vividly that at one point near the end we had a puncture. It was the left front tyre, the one closest to the radiator with the hot air blowing against it all the time. I rushed to the Dunlop boys in the pit but they only had big and wide sizes. Nothing came even close to the size I needed. I rushed to a local garage and to my great relief they I found one. When we changed the tyre in our pit box the whole public seemed to hold their breath and when the car was finally started to return to the track thousands of people were cheering on the grandstand. I'll never forget that.”. I wrote down the complete story in Mini Magazine's april issue. 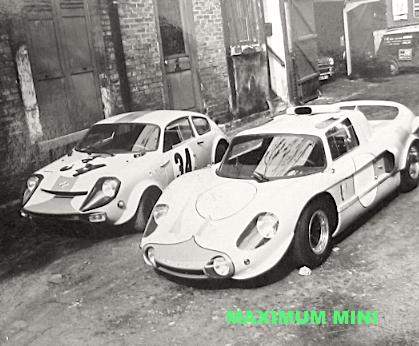 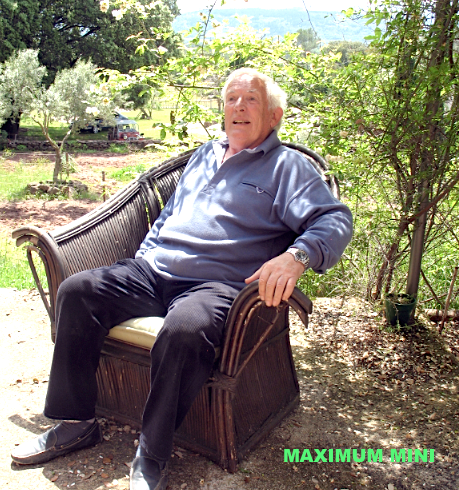 Jean-Claude Hrubon in his garden in southern France. His daily driver is a Mini Moke
Picture Jeroen Booij 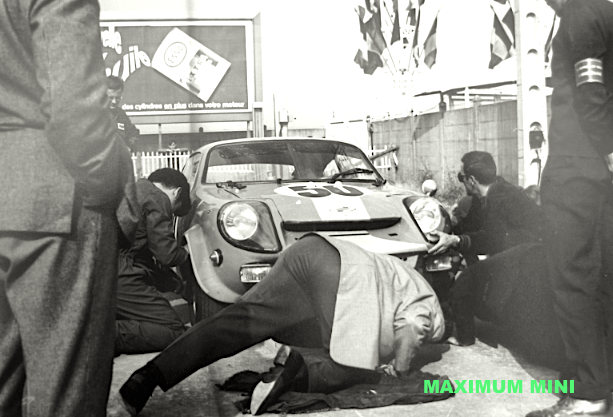 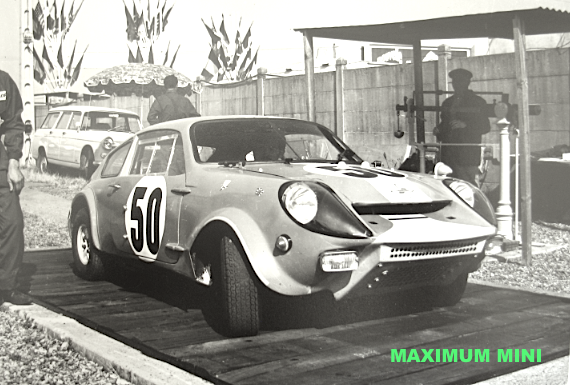 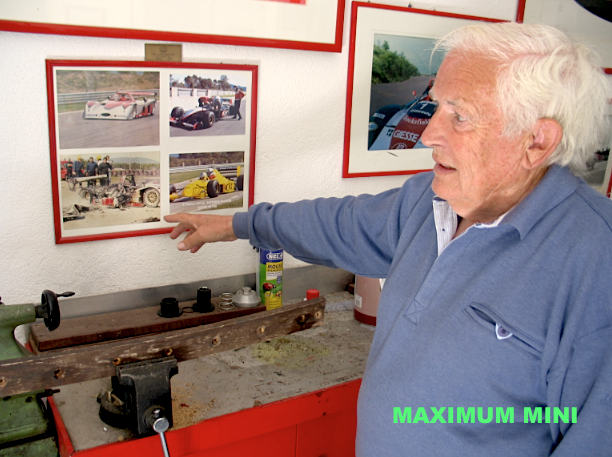