Another Mini Coupe - but what is it exactly?

Regular Stefan Sellin, who has shared some obscurities with me before, stumbled upon another unusual Mini: one that's been converted into a coupe. Just like the New ERA Mini, the Ecurie de Dez, the Buckle Monaco or that other coupe from Down Under. He wrote: "Hi Jeroen, This one looks like a Ecurie de Dez Crayford Clubman. Maybe you know more about the car? I have never seen one like that with a Clubman nose."

I haven't either! But I have to admit it does share some of its looks with that of the Ecurie de Dez, although I don't think it is one. Des Higgins carried out his conversions until 1970  after which he destroyed the moulds (being 'fairly disappointed with that decision' later on). This car is clearly later and in fact dates back to January 1975. The British plates indicate it could have been a UK conversion.

So there we go again: who knows about this nice little Mini coupe?

UPDATE 15 September 2015: A conversion from Norfolk, or so it seems! Click here 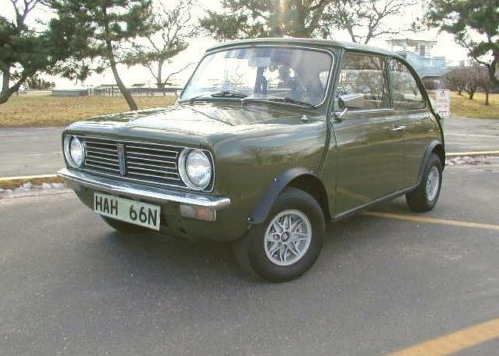 For sale in the US of A recently, but on a British plate of 1975. What is this Mini Coupe?
Picture courtesy ebay.com 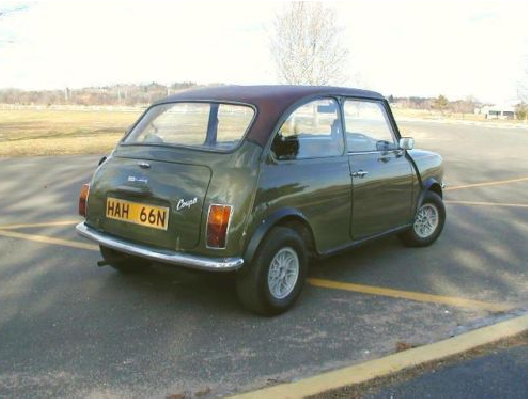 It's based on a Morris Clubman and looks like an Ecurie de Dez conversion (which it isn't)
Picture courtesy ebay.com