Oh lord, has it been long since we've heard of the CJC Bison project (click here for previous updates) and its intrepid and anonymous restorer! He's had a bit of difficulty with his (many) other projects, but there is now finally some news from him. He wrote: "The Bison has now been dropped off at the paint shop – photo as evidence!!"

"Its going to be painted radiant red, but with a satin black roof and pillars. It caused much amusement at the body shop. I just spoke to the lad there and he said they have never had so many people come in to have a look at a car they are working on. He said the normal response is 'What the fuck is that?!' They specialize in American stuff and classics, so have had a lot of strange looking stuff in over the years, but he said the Bison is the car that has had most interest!"

Fantastic news after all pal! In fact the CJC Bison is one of the cars I am looking much forwards to to seeing it in the next year! 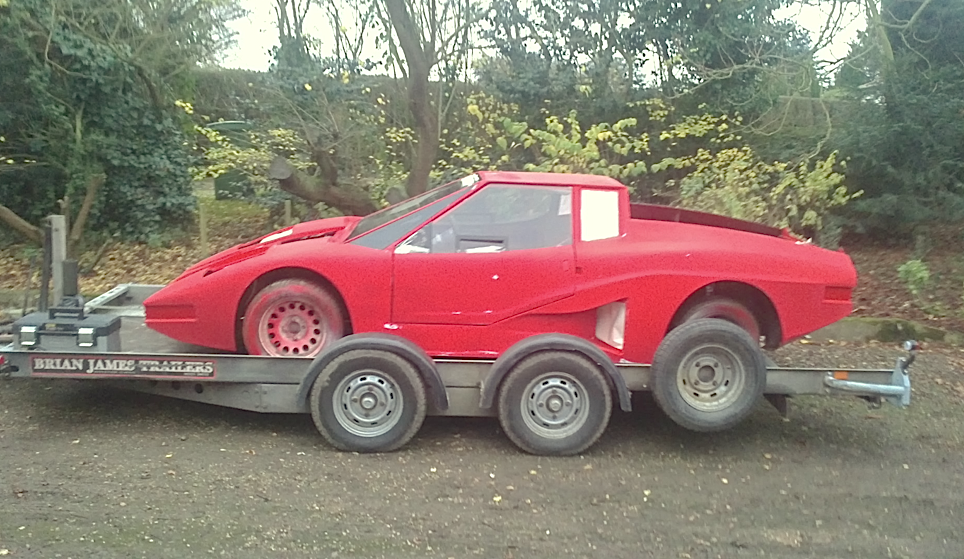 Evidence: the CJC Bison is off to the paint shop. It was about time, too!