Another ex-Deep Sanderson owner calls in

I am a sucker for Deep Sanderson stories, and so I was eager to track down a man named Richard Graham, who'd owned the Deep Sanderson 301 with chassis number 6 (more here and here) in the late 1970s and early 1980s. At the time, Richard wrote an elaborative article about the car's restoration for Alternative Cars magazine under the title 'Deep Devotion' but he wasn't easy to get hold of. Eventually he emailed me last weekend from Italy, where he lives now.

He wrote: "This was a long time ago, so my memory may not be all that accurate. I bought the car in 1978 as a pile of parts from a bloke in Essex. There was a body/chassis unit in original dark blue paint, doors, bonnet and engine cover, huge alloy petrol tank, radiator, front suspension and steering, JAP Pearce wheels and tyres, Mini rubber suspension and a lot of rear suspension parts, some of which looked like prototype parts. The interior was trimmed, and seats (more recent) came with the parts.
The heap of stuff looked like something left in the factory after closure!"

"What I didn’t have was an engine and gearbox, a gearchange, and information. Nearly all of the car went together easily. The huge petrol tank was obviously made for the car. The interior was simple.
But the rear suspension was a problem. I think, 35 years on, it was a matter of drive shaft lengths. Using one set of trailing arms the rear track was abnormally wide and the drive shafts too short, and with the “normal” looking trailing arms, the shafts were too long. Many weeks were wasted in trying this and that without much success. After all this time I’m not sure how, but I got around it somehow without having special parts made. Geometrically as well as dimensionally it seemed to work as it should, and is more or less like the drawing in the blog."

"I bought a racing spec Cooper 'S' engine and box from a bloke near Leeds and fitted it, made the exhaust system, and the gearchange – not as hard as I thought it would be. The car then ran, but I ran out of enthusiasm due to lack of time and facilities. I sold it to a fellow from Lancashire. I presume that is the same car now in Germany, rather shockingly painted red. It looks exactly the same in the engine department. I note that the fuel filler is now on show like the Le Mans cars (it wasn’t originally) and the rear wheel arches are different. Best regards, Richard Graham BA (Hons.) Dipl. Architect."

Thanks very much Richard, it's really great to hear of you. Meanwhile I have seen the car not too long ago and it is still in the same state as it was when I photographed it in 2012 (click here). 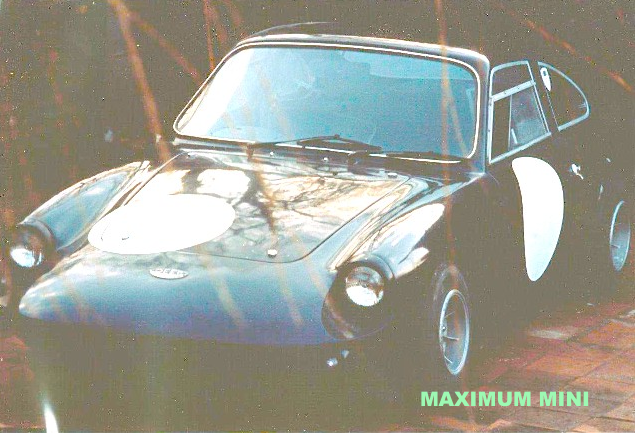 The car as it was after Richard restored it, still blue and with JAP Pearce wheels
Picture courtesy Richard Graham 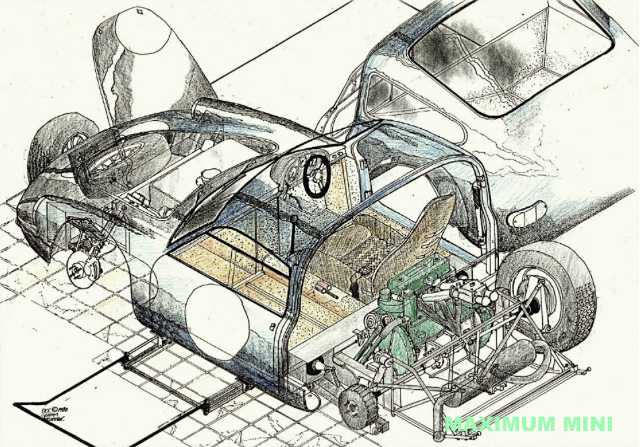 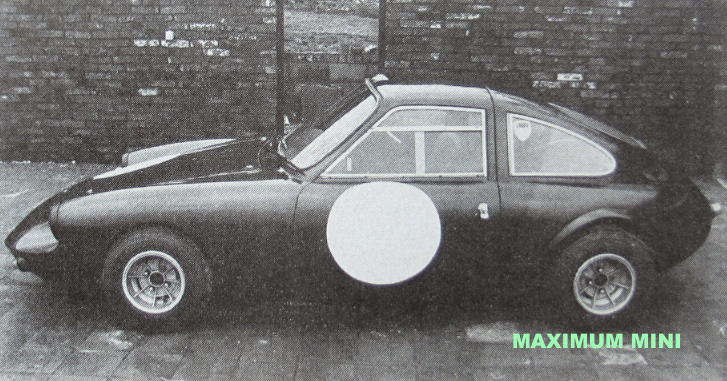 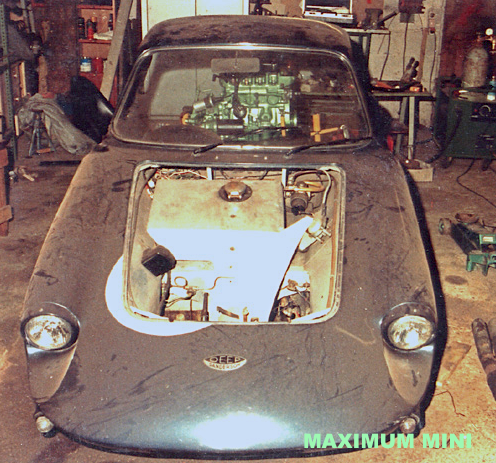 And again, here how it looked just prior to the next restoration job in Germany
Picture courtesy Frans Josef Berg 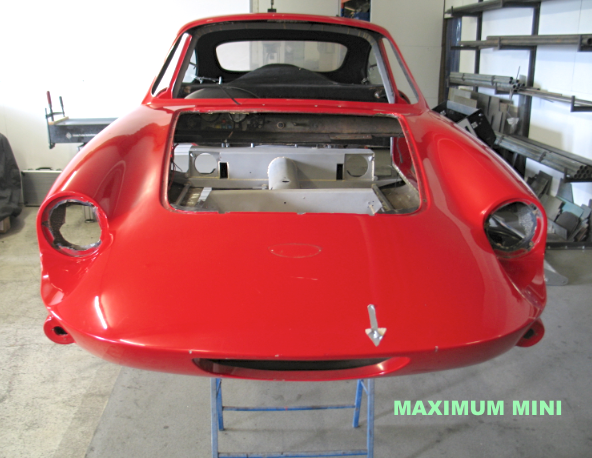 The car as it is now. The current restoration is on hold due to other jobs
Picture Jeroen Booij