Okay. How about a new series? Regular readers out here know I've been doing more of them - on Le Mans cars (Minis at Le Mans), on my Camber and Maya GT researches (The Camber / Maya files), on mysterious cases of disappeared derivatives (Urban Legends) and of course that all-time favorite of the Mystery Mini derivative. Anyway: time for new online series now, and this time it's all about what I believe to be the most prolific designer of Mini based cars: Barry Stimson.

From the late 1960s-on Barry designed, built, drove and marketed a great number of wild vehicles, and many of these were Mini powered. Not all of them were a hit, but it's a fact that there are some great tales attached to them. What's more: Barry likes to chat about them with me, and thanks to his free-of-charge telephone account it's not too difficult (or costly) either. Great. But where to start? Barry had a laugh about his first car, when I asked him about it. A Ford 93E of, he thought, 1937. It may not be a surprise that it didn't last very long in its original shape. "Any pictures of it?" I asked him, and to my great surprise I found them in my mailbox only minutes later. That was the one to start with.

Barry was 17 at the time and told me that his mum and dad thought he'd gone mad cutting up this still very usable car. Barry: "But it sort of started there... with a hammer… a saw... a spanner… and a vision. Mum hated the thing and banned me from parking it outside their house in Portsmouth! …Can’t think why? Oh, and yes, they are dustbin lids on the wheels!"

So there you go. Not a Mini derivative for this time, but there's much more to follow as this man was responsible from anything Mini based from three-wheelers to six-wheelers. Welcome aboard Barry! 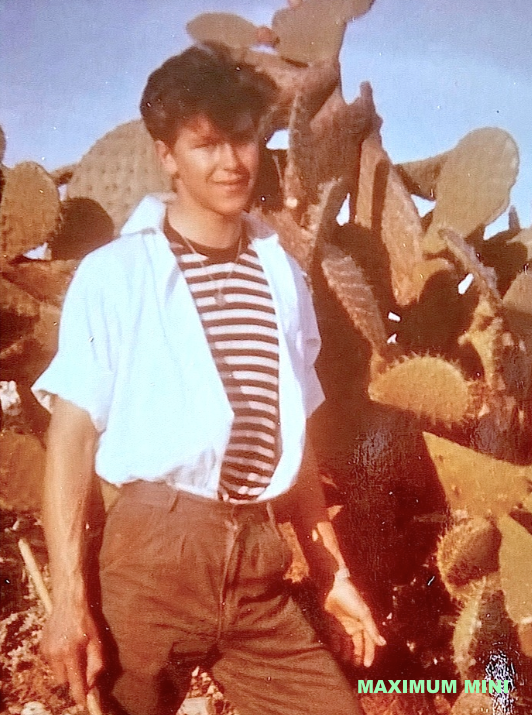 Barry Stimson at the age of 17, here on his way to adventures in Africa…
Picture courtesy Barry Stimson 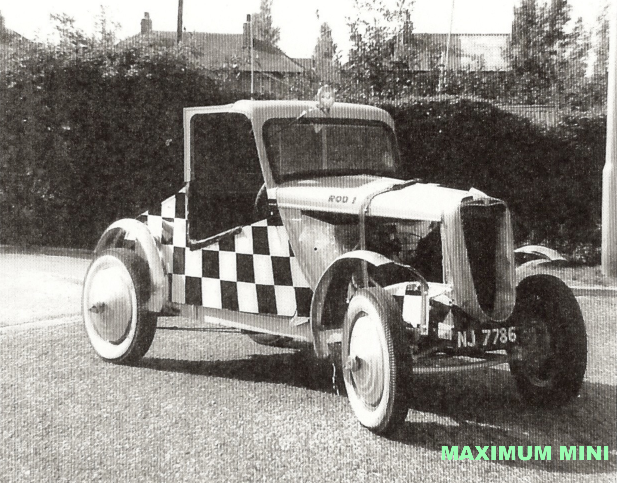 The first Stimson: a much modified Ford 93E, much to the horror of The Stimsons!
Picture courtesy Barry Stimson 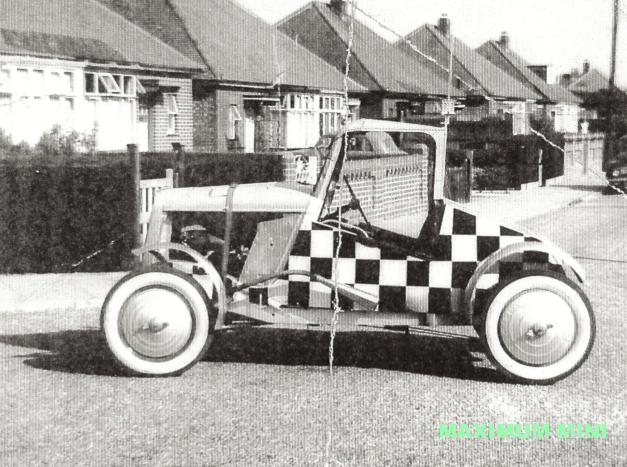 It was the start of a long list of cars, tricycles and amphibians to come. Note dustbin lids...
Picture courtesy Barry Stimson 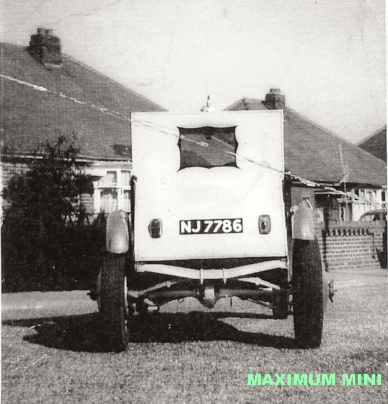 A disgrace to that neat and tidy street in southern England in the late 1950s!
Picture courtesy Barry Stimson 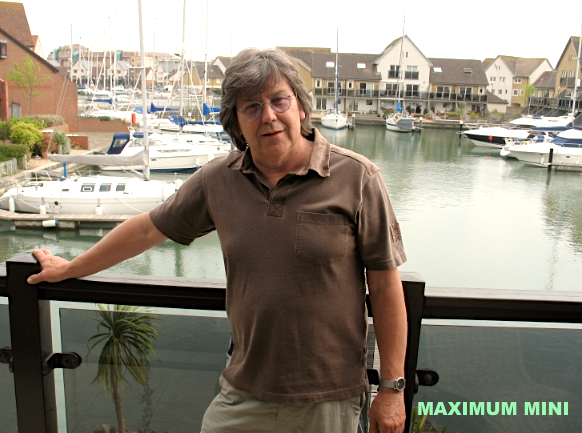 Ever the optimist: Barry Stimson's balcony overlooks a marina, here some years ago
Picture Jeroen Booij