Now that's what a display should look like! Pete Flanagan sent in some images from last weekend's Autosport show at the NEC in Birmingham, where a Cars and Car Conversions magazine display was recreated on the stand of the Mini Cooper Register. Just as well as some racing Minis the show stoppers were the Cox GTM and Unipower GT, both as campaigned by the magazine in its heyday.

Pete adds: "It was great, really good feeback from not only Mini derivative lovers and owners but from some of the people who remember these cars from when they were new and rarely seen. I suggested your website to many of them to read up on them. We also had an opportunity recreate that photo from the '67 Racing Car Show, one I couldn't miss out on. Thanks go to the lovely young lady sat on the wing of my car who very sportingly agreed to play the part of Monika!" Well done boys and girls! 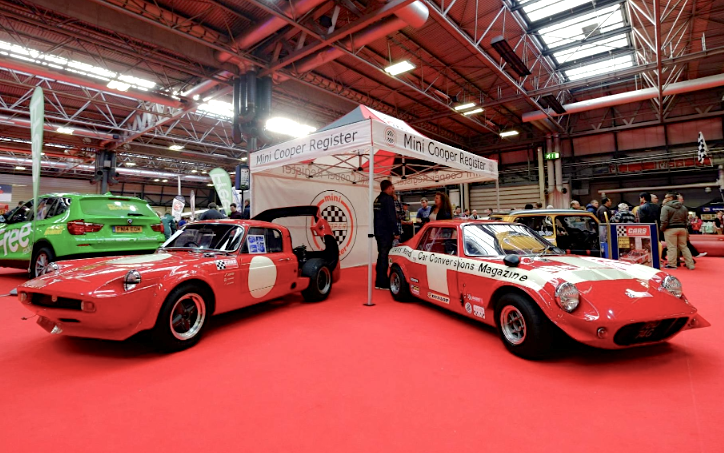 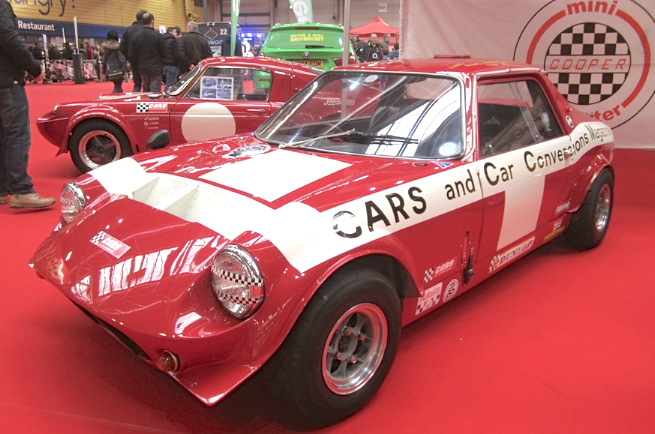 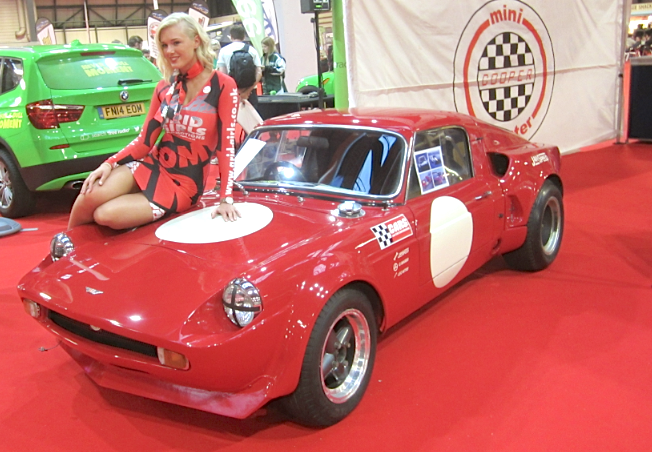 Why not recreate that infamous and cheeky shot from 1967 while on the show? Well done!
Picture courtesy Pete Flanagan

And with even less clothing on... Not sure if Pete tried to recreate this one too
Picture Richard Heseltine archive