Rare derivatives and coachbuilt Minis continue to be found in 2015 and this year's first find goes to my Spanish colleague Francisco Carrión, who recently stumbled upon a collection with quite a few interesting cars that hadn't seen the light of day for a long time. Francisco was kind enough to share his story and photographs here as the car that is of interest to me is a coachbuilt Mini. Despite its looks it is not converted by Hooper or by Radford. Francisco: "It's an early Austin Mini Cooper with many special features. And although it doesn't have a film history like the Peter Sellers Minis that it looks very much alike, it is no less interesting!"

"The car was imported to Spain as an original Cooper, in red, and was shown at the official stand of the Spanish Austin importer at the 1964 Barcelona Motor Show. After that, a wealthy nobleman, fan of the Peter Sellers films, bought the car and sent it to Paris, where Roger Taka-Hira added the wicker sides on his request. At its return to Spain, the car was also re-upholstered in ivory leather and it received a nice wooden dashboard. The result was so convincing that the best friend of the owner - another wealthy man - ordered an exact copy. Of these two cars only this one is known to survive. It is in original unrestored condition, with only 50,000kms on its odometer."

To find out more about the car Francisco contacted Gerardo Peña, who is the son of the official importer of Austin to Spain in the 1960s, named SACAI. Peña himself worked some years in UK in the Austin factory also tuning some special Minis under the direction of Alec Issigonis. Francisco: "For example he told us many details about the Mini built for John Lennon using a engine block from Australia to get 1500cc… He has lots of interesting histories about special Minis and owns a special Moke with factory experimental roof and doors himself." Francisco will keep me posted on any special Minis in Spain, so there may be more to follow... 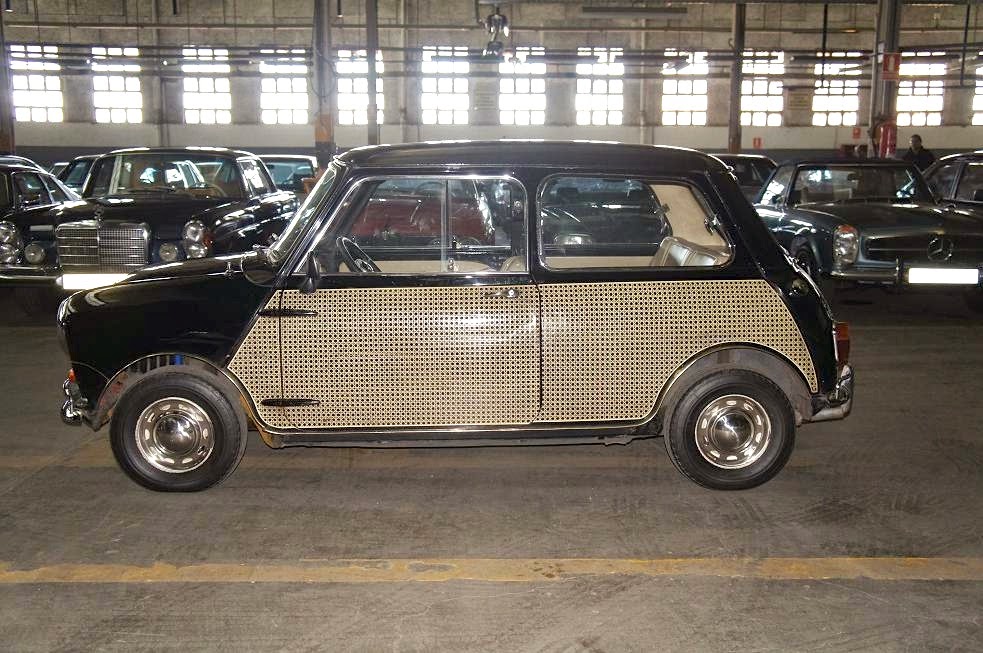 Spanish Mini Cooper certainly looks like a Peter Sellers Mini, but it isn't one of those
Picture courtesy Francisco Carrión 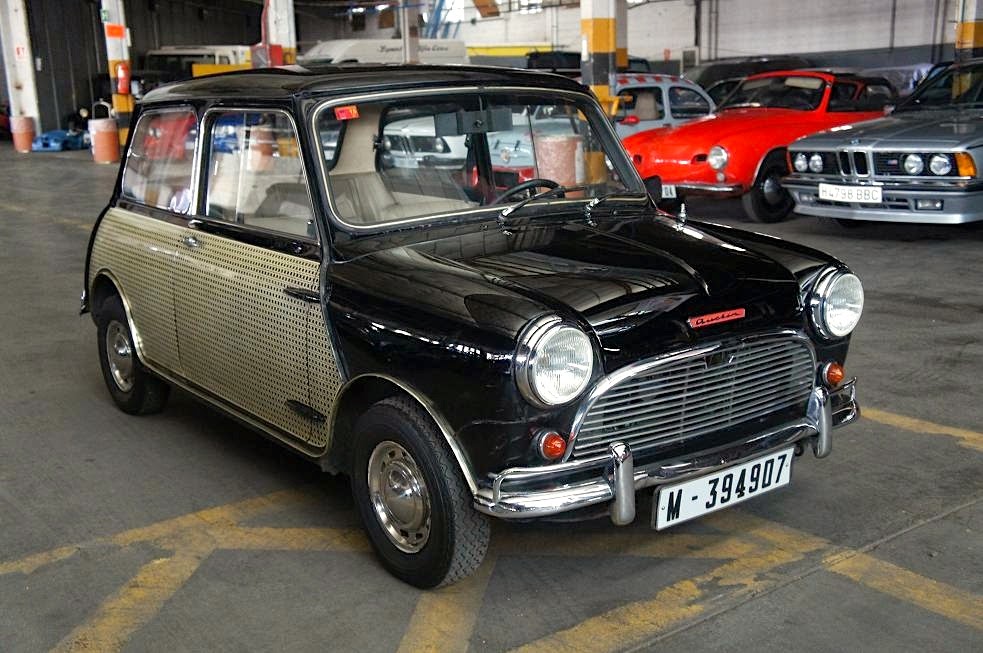 It's all original and is part of a large collection of classics - several more Minis too...
Picture courtesy Francisco Carrión 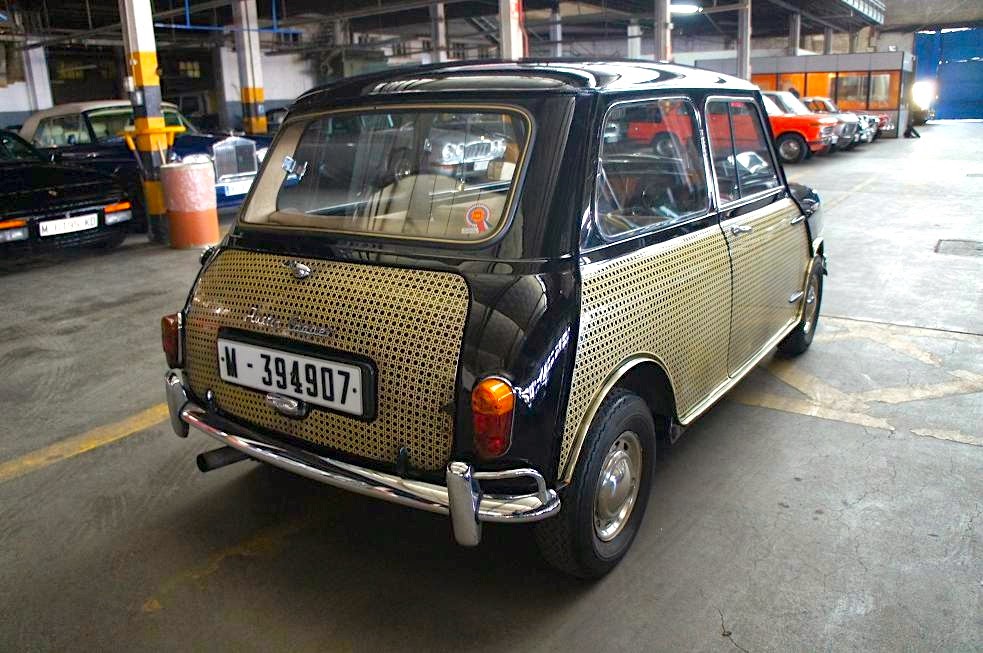 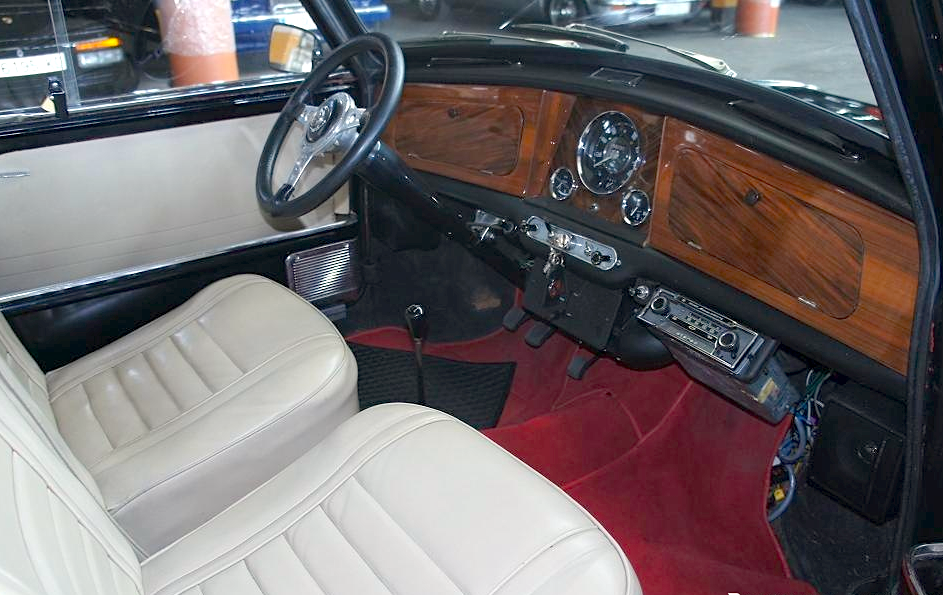 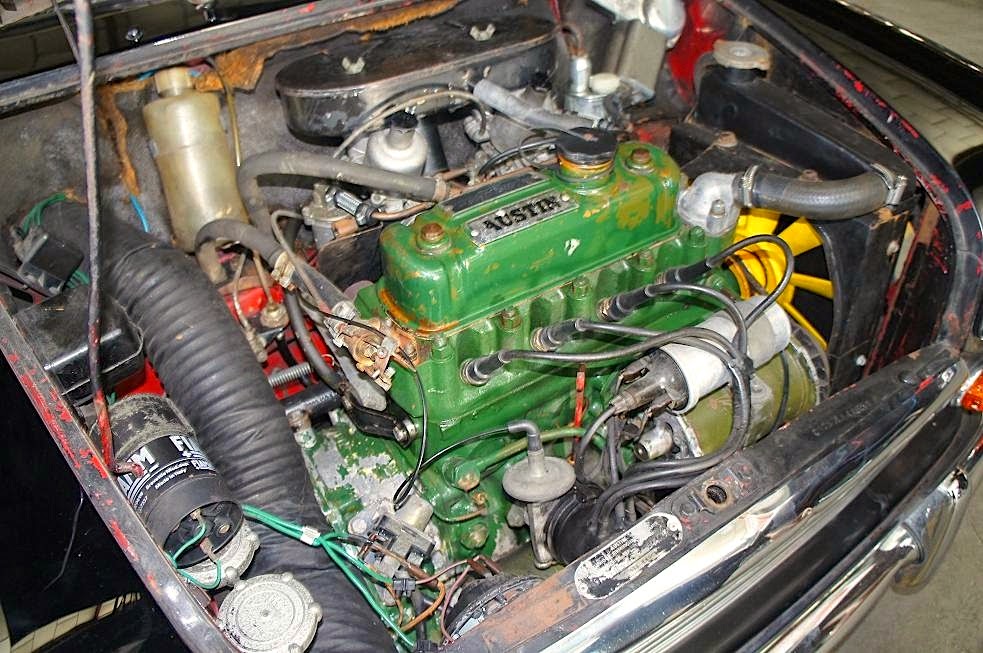 The original red paint can still be seen under the bonnet. Is it a 997 or 998cc engine?
Picture courtesy Francisco Carrión 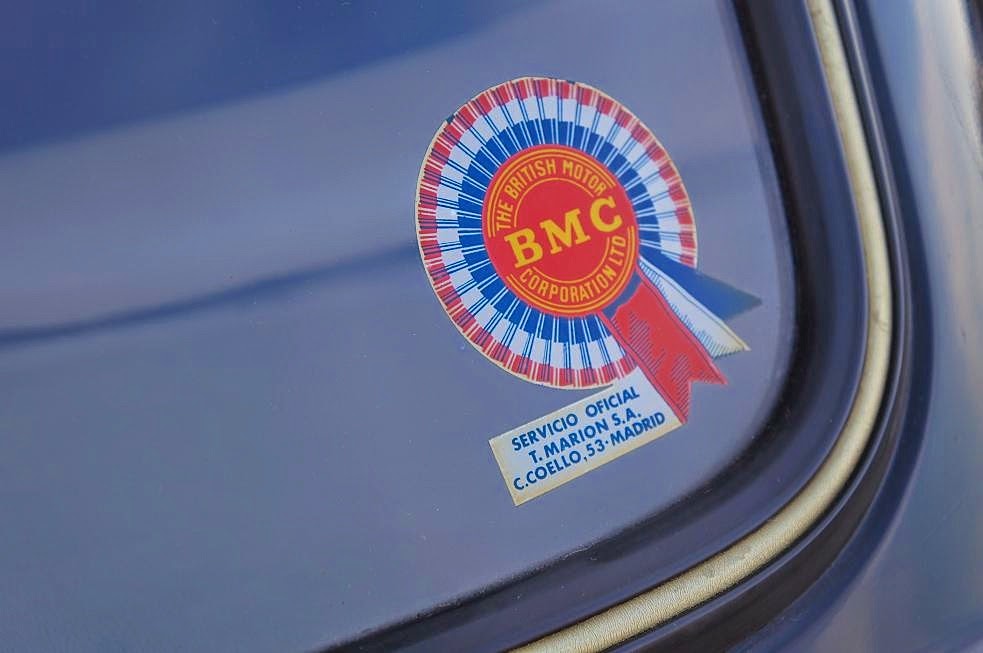