Several Mini derivatives are expected at the Shelsley Walsh Classic (click here) on the 18th and 19th of July and Unipower GT owner and fan of this blog, Pete Flanagan, is one of them. In fact Pete worked hard to get the cars there. He wrote: "I can confirm that my self with my Unipower GT, Goff with his Mini Jem, Paul with his Fletcher Ogle and Marc with his race Cox GTM will be at the Shelsley Classic on display on July 19th. We may also have a very early race Mini Marcos as well but welcome any other competition derivatives if you know of any to join us for a 'Maximum Performance Mini' display! Catchy eh?" Catchy indeed! Unfortunately I won't be able to make it there myself, but look forwards to hearing you all about the great event I missed. Let me know if you want to join Pete and his gang and I'll get you in touch. Enjoy it!
Meanwhile, to warm you lot up I enclose some historical pictures from the archives, unseen before, taken at the same venue 47 years ago. 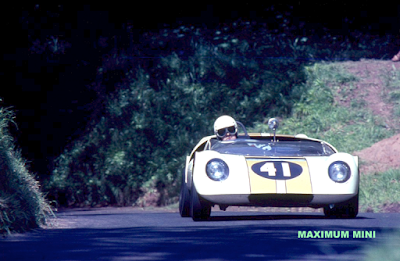 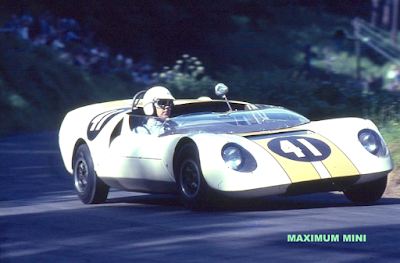 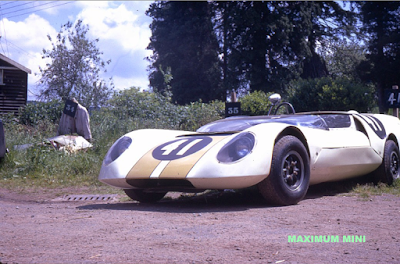 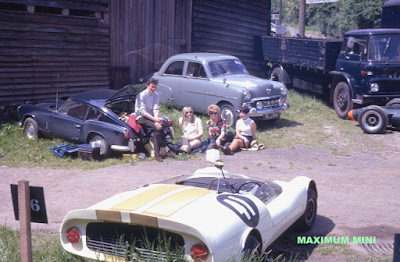 A relaxing atmosphere has always been one of the advantages of hill climbing!
Picture Jeroen Booij archive, courtesy Tim Dyke