MiniSprint shells back in production

Good news from ABS Motorsport's Tony Bucknall, who writes: "Hello Jeroen, I am sure you are aware, but just in case you are not, the Sprint shells are now back in production. After a long drawn out issue with a company in Scotland who 'loaned' the moulds from the previous owner to produce electric cars, but did nothing but make a few shells and damage the moulds. The moulds now belong to ourselves ABS Motorsport, have been refurbished, and are back in production." And Tony decided to offer a whole range of possibilities, from an empty shell only for space framed cars to a full carbon fibre composite body kit with all the necessary parts with prices ranging from 800- to 7,495 GBP, see here for the full product portfolio.

Meanwhile, the Peel Viking body moulds have also turned up for sale again (see here and 4 years ago, here), and I thought they were also ABS's. I was wrong, as Tony states: "I have never had the Peel Viking Moulds, we could never come to a deal over them, they are still owned by the same person who has had them for years. I brokered a deal to hire the moulds and we offered a hybrid of the Viking and a Sprint (here) as the waist line was the same so it would have been a possible conversion for us to do, but the deal was withdrawn when the moulds where apparently sold. But they are still with the same owner. I do have an interesting project that I will be playing with later this year subject to our touring car work letting me have some free time, I will try and keep you in the loop as it progresses!" Do keep us posted! 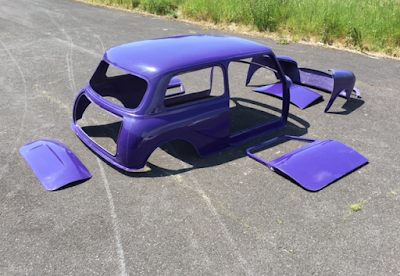 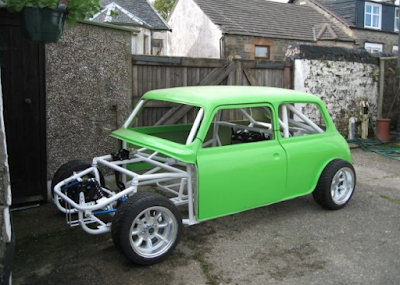 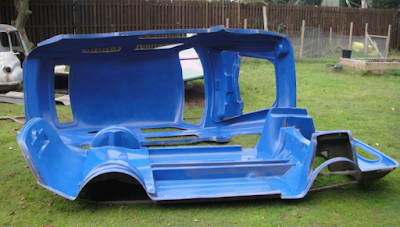 The moulds for the Peel Viking are still for sale, too, but ABS have nothing to do with these
Picture courtesy Andy Carter