This could well be my favorite photograph of all time. It was taken 53 years and shows the mysterious Gitane GT on the right hand side. It is pictured on its way in France to a race that took place July 15th, 1962 at the Circuit de la Charade just outside Clermond Ferrant, called the Trophée d’Auvergne. The Gitane was driven over the road by designer/builder/entrant/driver/mechanic Gordon Fowell who supposedly lost a wheel and missed the start. What I like is the idea that you could really build your own car and race the big names on a shoestring. Just have a look at the results list of the '62 Trophée d’Auvergne here to get an idea of the competition Fowell faced...

Fowell did become a big name later in his life, supposedly racing a Ford GT40 and inventing the jogging machine which left him far from penniless. But look at the gear scattered on the road side here: wooden toolboxes, petrol cans, a pair of shoes… The Gitane was sold in the mid-1960s to Tony 'Podge' Dealey who modified it for hill climbing and had it re-registered '232 HWD'. It's missing since 1968, but I still hope to find it one day. I guess Fowell would never give up!

UPDATE 18 May 2018: According to Jon Dealey, the man in the picture is his father Michael Dealey, not Gordon Fowell. More here. 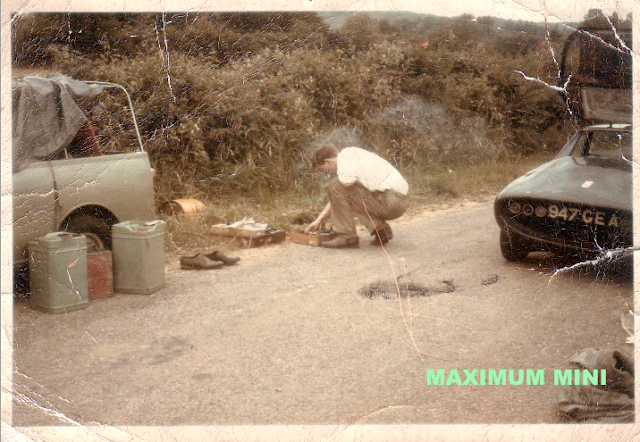