Stimson Treks are like London buses: just when you decided there was no use waiting any longer for one, not one but two come along together... I hadn't seen a Trek for years when a yellow project car, which appeared on that well-know auction website before, made another brief appearance. This time in West-Yorkshire where it was sold for 350 pounds. Who knows it will be finished one day.
But just a day later, the ever enthusiastic Barry Tilbury dropped me a line to tell he'd just unearthed another one! Barry has a keen eye for finding long-lost Mini derivatives, as he proved earlier this year with another Stimson (click). It's another project car but all seems to be complete and original. What's more: Barry is in touch with the original builder, so we may expect some more historical bits and pieces to come along soon. 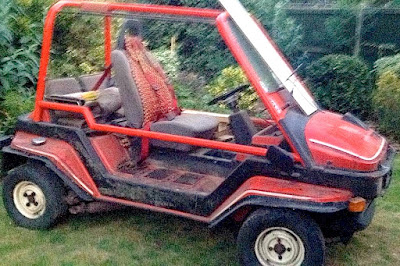 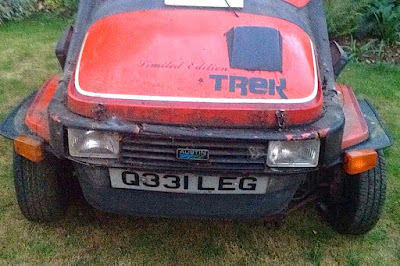 Q Registration number may suugest it was put on the road not too long ago?
Picture courtesy Barry Tilbury 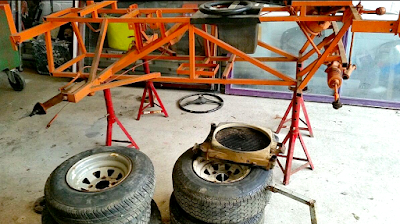 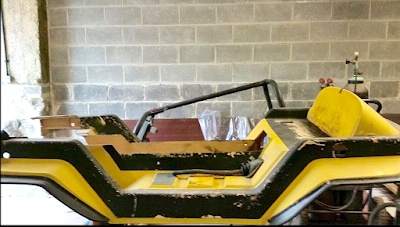 Trek body was there, too, as was the upright windscreen - it sold for 350 GBP
Picture courtesy Barry Tilbury