Sun seekers come from the south

A couple of years ago I did an article for Mini Magazine on some of the Mini based buggies. Now, when I had a better look at their histories put together it suddenly struck me that all of them were built very close to each other - on the British south coast. Evidently not a coincidence. First there was the Stimson Mini Bug from Chichester and the several version it spawned, including the mad Safari Six. But other companies soon came with ideas similar to Stimson’s. Not too far from Barry's workshop, another two Mini derivatives with bold beach buggy styling were conceived within months. From Poole came Neville Trickett’s more traditional Siva Buggy, soon to be distributed by Skyspeed's motor accessory company. Second was illustrator Mike Jupp's Nimrod, just miles further eastwards along the south coast. Then there was the Luna Bug (a Stimson clone, this time from Portsmouth - still missing); the Cirrus – a swoopy design of which a prototype was shown only once in public (in an incredible metalflake paint job) before disappearing forever (who knows more?) and the later Autocom Mini Buggy, also from the coast but now from Combe Martin in Devon. Do I miss out on any others here? 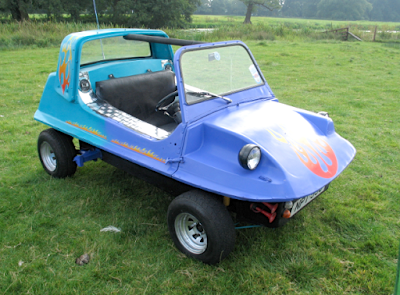 The one that started the craze: the Stimson Mini Bug - first of the Mini based buggies
Picture Jeroen Booij 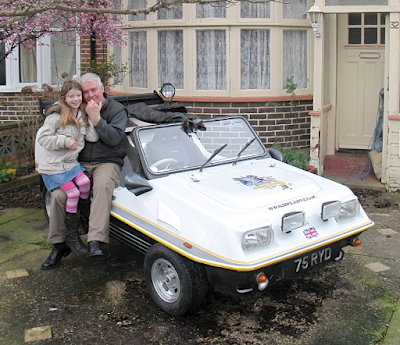 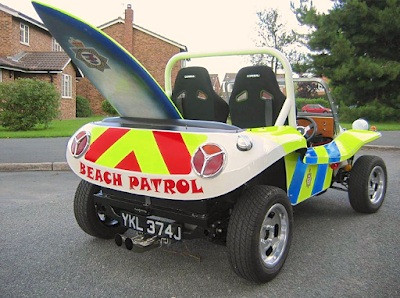 Now off to the beach! Siva's Buggy was a Neville Trickett design, marketed by Skyspeed
Picture Jeroen Booij 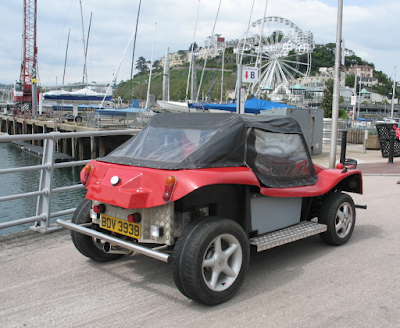 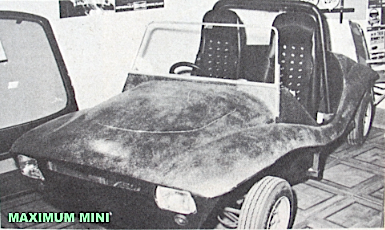 While the much more obscure Cirrus was marketed by Roland Kerr of London. Who knows more?
Picture Jeroen Booij archive