Let's have a little sneak peek at the content of Maximum Mini 3, which will include some intriguing Moke based cars, too. How about the film car commissioned for tv producer and director Gerry Anderson? He was the man of The Thunderbirds, UFO and Space: 1999, to name a few. You may know that Anderson also filmed the flick Doppelgänger in 1969 (see here) and had several Mini Moke based six-wheelers made for this movie. They were later adapted for the UFO series (see here)

Anyway: In order to film driving scenes Anderson had a special camera car built, which again was Mini Moke based, using and extra rear subframe and six wheels. The lengthened platform was necessary to locate camera and film crew and there was a camera mount on the bonnet, too. The car supposedly used hydrolastic suspension for a soft ride. Question is: does it survive? The DVLA recognizes it as a blue Austin Light Utility 4x4 with 2-axle rigid body weighing a whopping 3499 kilograms! That has to be a mistake? 'RYW 677F' - where are you?
UPDATE 15 July 2021: Grand update with lots more pictures and information here. 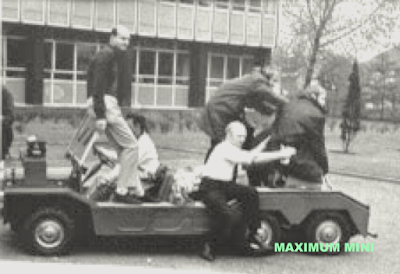 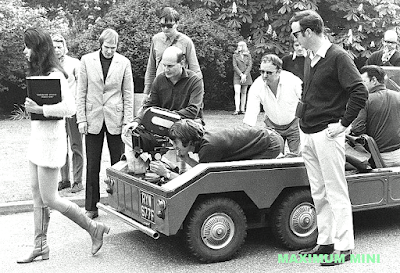 This one is better known. It shows the car in use, filming UFO actress Wanda Ventham
Picture Jeroen Booij archive 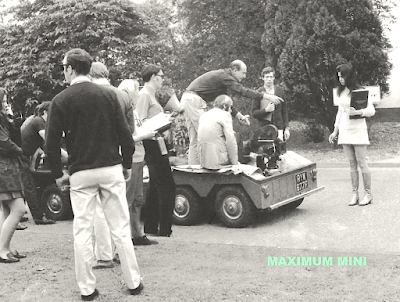 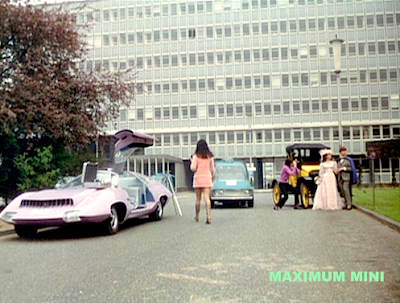 And this is what they filmed. Note Straker's car on left, SHADO Jeep and a Siva Edwardian?
Picture Jeroen Booij archive 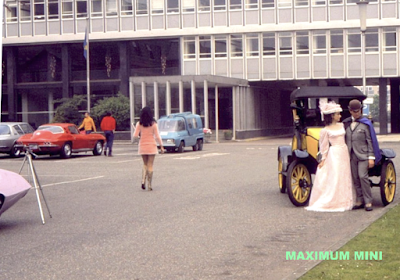