Finally: pictures of the Stimson Trek that was autotested

It's been over a year ago that I wrote about Mike Bennett's efforts in autotesting a Stimson Trek, but Mike came back to me this week after he found some forgotten pictures of it in a old shoe box. The Trek must have been one of the stranger entries in the sport, but Mike didn't do bad at all with the tall Trek. He got it after he managed to roll the company's demonstrator, saying: "I was very concerned that I had damaged their car but Sandy and John were very pleased! They had been trying to roll the car on the beach to prove that the roof bars were strong enough and had not managed to do so."

You can read the full article here, and these pictures nicely complement it now. Mike wrote: "Hi Jeroen, I have just found some old photos of my autotest Trek, you included my note about it in your blog a while ago. The picture of it competing was at the BTRDA National Autotest championship round in Bolton in 1984, we came third behind Russ Swift and John Underwood - who was also a British Champion. The picture at the show was in Olympia, the Yellow autotest special was John Underwoods, the blue Mini was John Wilson's, I later bought the blue Mini to replace the Trek and went on to win the BTRDA Mini championship twice." Thanks very much Mike! 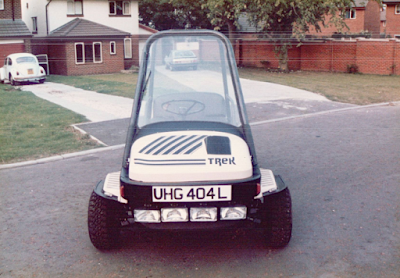 Built from a 1973 Mini 1275 GT, Mike's Stimson Trek was anything but an ordinary auto test car
Picture courtesy Mike Bennett 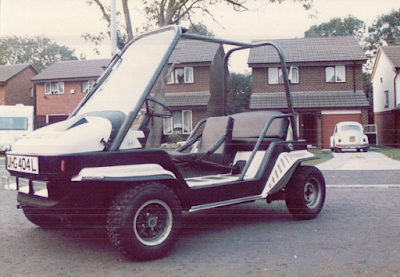 Initially it was a handful to autotest, says Mike, but he scored a string of 3rds in the season
Picture courtesy Mike Bennett 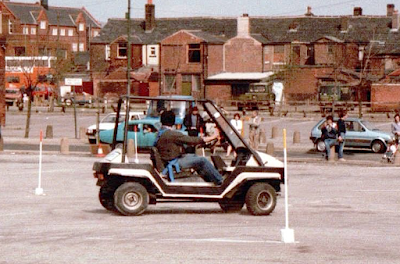 Mike in (on?) the Trek in action during the National Autotest championship in Bolton in 1984
Picture courtesy Mike Bennett 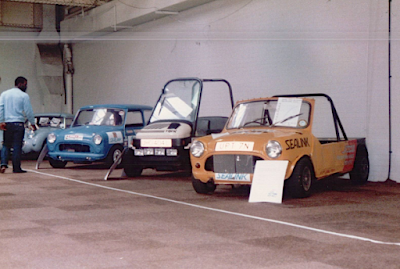