Oops. I made a mistake in writing yesterday that the Camber GT and Cox GTM were launched at the 7th Racing Car Show, exactly 50 years ago. They weren't! In fact both of them were unveiled a year later, and so I'll have to wait for another year to mark their anniversary. No problem. There were still some more launches of Mini based cars at the Olympia show not to be missed. The Landar R6, for example, which was shown on stand number 46.

But hang on, that number was reserved for Broadspeed Engineering Ltd and their GT, wasn't it? Indeed it was. But Ralph Broad's creation wasn't on its own on stand 46. When you look at one of yesterday's pictures, you'll spot a covered up car next to the Broadspeed, which was the first production Landar R6. Painted on its side: 'Team Landar powered by Broadspeed'. Well, well, it seems that Landar's Peter and Clive Radnall were good chums with Ralph Broad, also from Birmingham. In fact they borrowed model Liz Corbett, too! She is seen on this picture in the diminutive Landar R6 with the same sharp suit in which we saw her yesterday. Groovy! 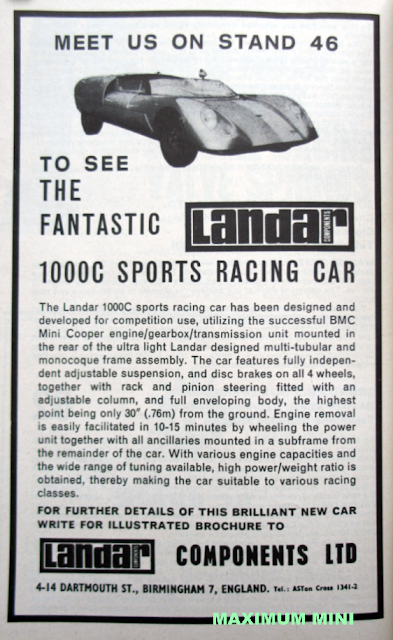 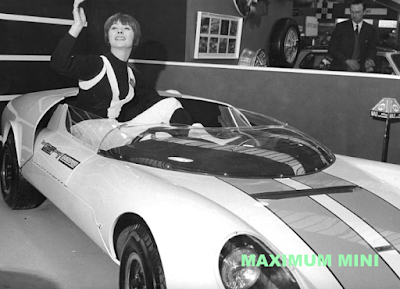 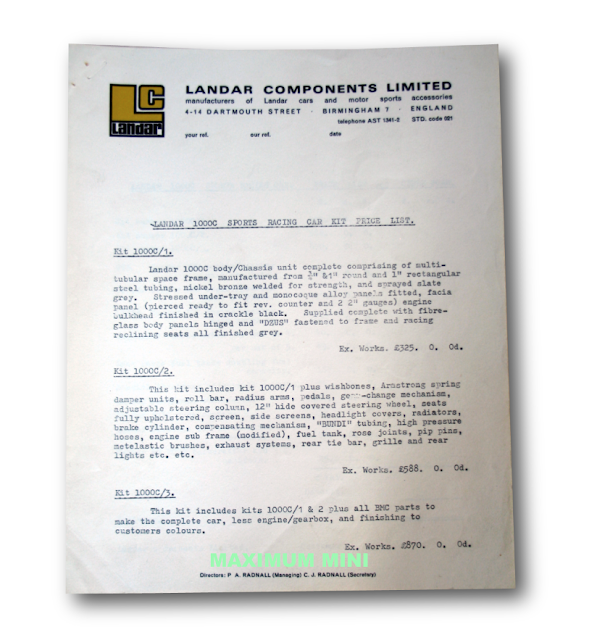 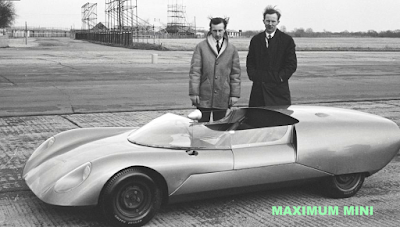 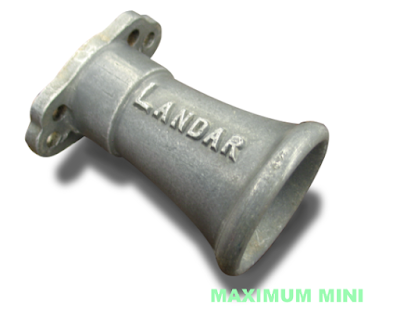