We can hop from one stand to another: yesterday's Landar R6 could (under covers) be seen on the Broadspeed GT picture of Tuesday; today's MiniSprint was spotted by eagle-eyed reader Pete Flanagan yesterday! Indeed, a peak of the car on stand 45 - located next to that of Broadspeed and Landar - could be seen. This stand was run by the GT Equipment Company, although the brochure mentions Gran Turismo Wheels as the entrant. Anyway: they were selling sporty motoring accessories here, again, from wooden steering wheels to 'John Surtees driving gloves'. And the MiniSprint must have come in last minute, only to be unveiled right here - 50 years ago. The picture below is the only one that I know of of the car on display there You can just see the 'RRW1' registration - this is Rob Walker's personal car as seen in the brochure and in several magazine reports, too. Who has more pictures? 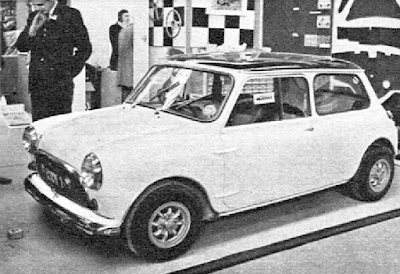 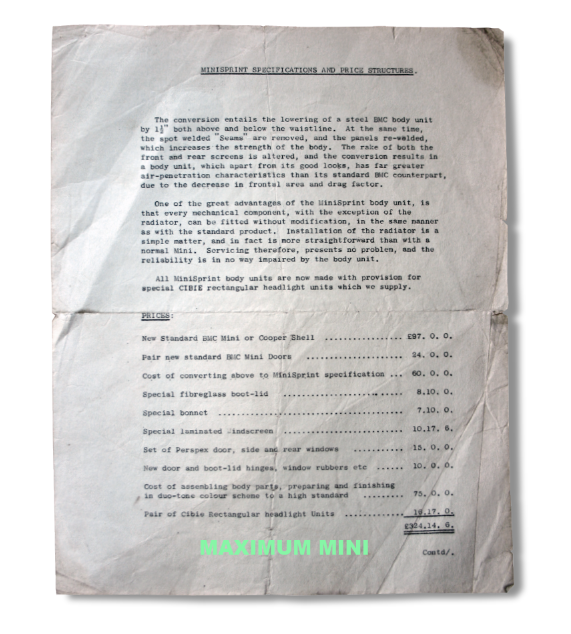 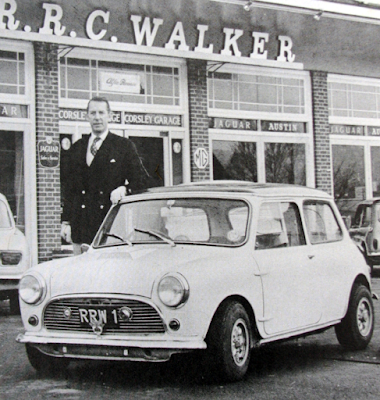 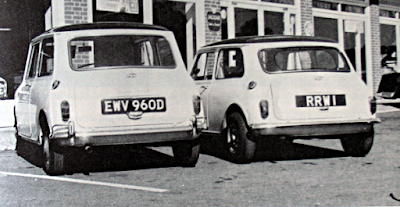 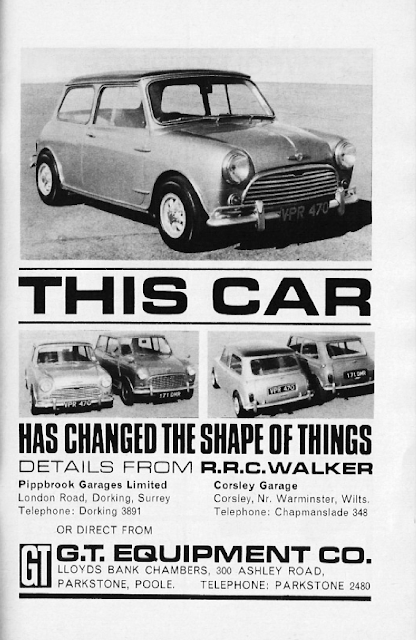 This ad was printed in the Racing Car Show program booklet, showing one of the first Sprints built
Picture Jeroen Booij archive 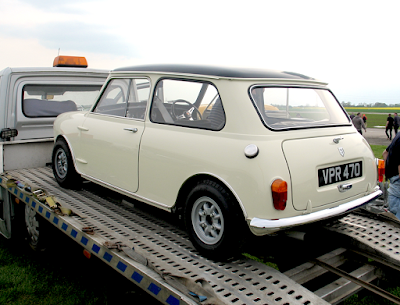 And the same car (edit: not the same - see Pete's comment below) making its entry at the Maximum Mini/Mk1 Performance Track day in 2014
Picture Jeroen Booij