The German Peel does exist!

I'd heard the story of a Peel Viking in northern Germany quite a few times, but had never seen any proof of its existence. Well, I can now confirm it does exist,, despite being a shell only. The owner, Thomas Schubert, recently got in touch for a book and mentioned between the lines that he was a Peel owner, too. My curiosity was rewarded when he sent over this picture. The shell actually is one built by Andrew Carter in 2002, who made very few of them. Thomas plans to turn it into a car one day, but has more projects at hand so it will have to wait a little longer. 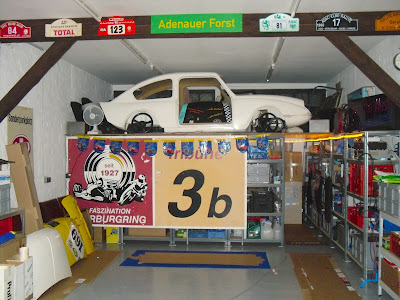 Thomas Peel body actually is a repro made in 2002, seen here in his shrine
Picture courtesy Thomas Schubert