It's the 26th of January today - the last day of the Racing Car Show in London exactly 50 years ago. So let's have one more look back at one of many Mini based cars debuting here: the Unipower GT. Universal Power Drives Ltd. hired stand number 60 and dressed it with a fully finished car as well as a complete rolling chassis. There are several good pictures of this cool display and one of them shows the car from a low frontal view, revealing there are no air intakes below the front grille as on production cars. Could it be the aluminum bodied prototype that was built by Peel Coachworks in Kingston on Thames? That didn't have the signature intakes of the production cars either. Like the production chassis' the tubular space frame chassis on show was built by Arch Motors, close to Peel's premises, and gave clear sight on the twin masters cylinders, clever gear linkage and suspension and of course the Mini engine; a 998cc with 55bhp according to the program booklet.

In an interview in Which Kit? magazine Unipower-instigator Ernie Unger told some 10 years ago that the Unipower name actually came about due to some pressure of getting things ready for the show. Initially the car was christened Hustler GT, but when that name went to one of Universal Power Drives forklifts, a new name was needed, and rather quickly too. Unger: "We had to get the brochures printed in time for the car's launch at the Racing Car Show and there was an element of panic. As the company already had the Unipower name registered, someone, in desperation, suggested that we call it the Unipower." Perhaps not a bad decision after all. The Racing Car Show programme booklet mentions an 'Open Spyder' version 'with detachable hard top panels available to readily convert the open car to the closed specification', but that was stillborn.

Unger recalls in the same interview that the GT got plenty of attention during the show. Not in the last place from a man he much admired: "Carlo Abarth and his entourage spent hours on our stand, which made the day rather special for me. They crawled all over the car, eager to find out what made it tick." Maybe the GT inspired Abarth for some of his designs? Who will tell? 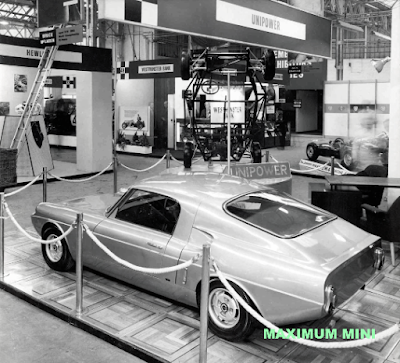 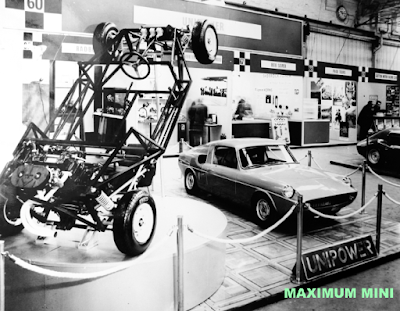 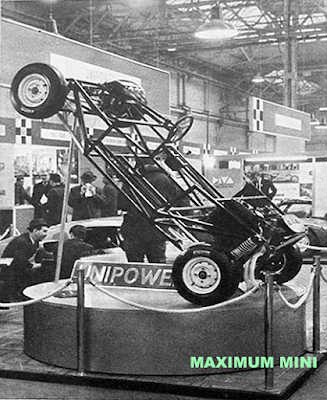 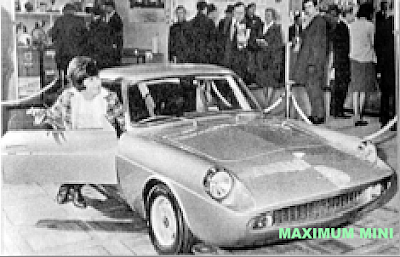 It may not be Monika Dietrich but in 1966 the Unipower GT attracted the ladies too!
Picture Jeroen Booij archive 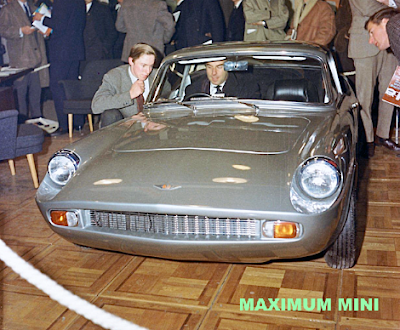 And now in colour - note lack of air intakes below grille. Could this be the aluminum bodied prototype,
built by Peel Coachworks in 1965?
Picture courtesy Ray Green 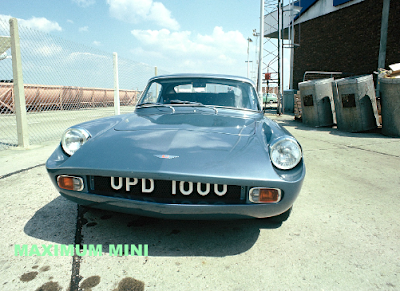 Despite having a different shade of grey, this may be the same car? Seen here in May 1966
Picture courtesy Peter Sellers / Jeroen Booij archive 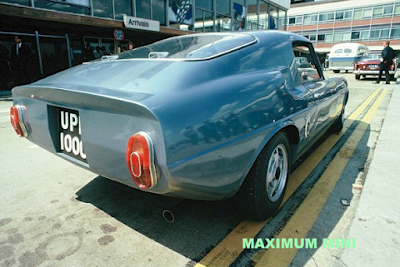 And photographed by none other then Peter Sellers, who is said to have owned a Unipower himself
Picture courtesy Peter Sellers / Jeroen Booij archive