An S&A MiniSprint in Japan - since new

Like so many interesting Mini based cars, quite a few MiniSprints found their way to Japan. But at least one of them was sold there originally, I have just learned from Suzuki Makotootoko. He is currently building a MiniSprint replica of his own and the car looks superb from what I can see. The base car is 1964 Cooper Mk1 and an original 1960s Sprint is used as an example. It seems like a 3" cut is taken from both the a-pillars as the waistline, rather then the 1.5 inches of the standard MiniSprints. Suzuki says the car is 172 cm high and adds: "With my my position it is quite different from driving an original Mini." I'm quite sure of that! He wants to have the car ready for next year.

Meanwhile, he shared another great photograph, with an anecdote unknown to me about a rare Stewart & Ardern Sprint sold new to Japan. "I fell for this car which lived in the neighborhood of my house in the mid-1960's. This particular Sprint still exists in the Yamanashi-prefecture of Japan." 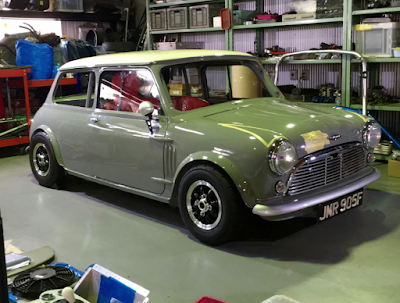 A MiniSprint in the making. It's shares its looks with Trickett's original racer, including extra air vents
Picture courtesy Suzuki Makotootoko 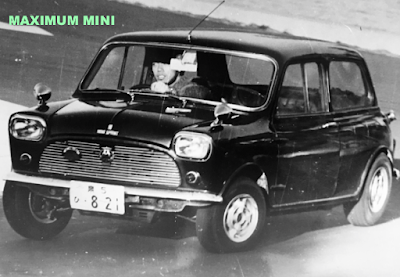 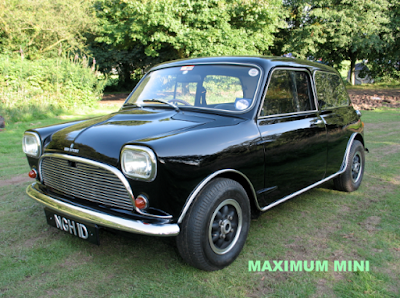 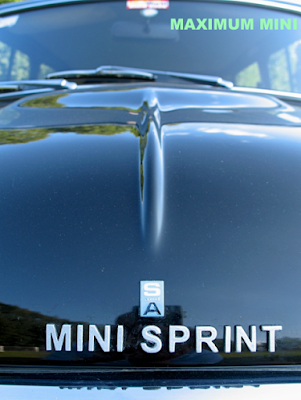