The sad remains of Blackwatch 1

It's not the first time a Mini based oddity ends up on Ebay in a real sorry state. That happened now to the vehicle known as Blackwatch 1. Conceived and built in Leeds on a 1975 Mini 850 base, the car used a three-wheeled chassis of steel tubing and plain sheet aluminum body with a flat glass windscreen. It was sold to a farmer in Northwich, Chechire in 2005 still with its registration LDN 295N, but moved on soon after that without the number. Now that it's offered for sale again in Tiverton, county Devon, it's even much more naked with not much of its mechanicals left. See the ad here. There was also a sister car, known as Blackwatch 2 and also a three-wheeler, now with the number KDN 595N. The last trace I have of that dates back to 1998. Who knows more? 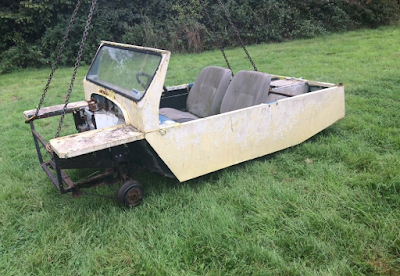 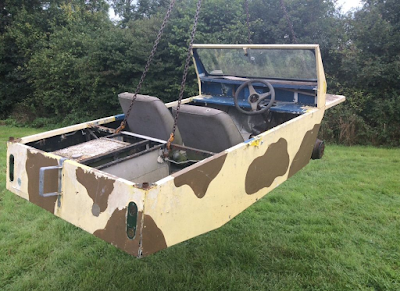 It gave joy to someone one day, but that looks long gone now. Also: what happened to Blackwatch 2?
Picture courtesy Ebay.co.uk