Thomas of Sweden contacted me last week about my earlier message on crash testing Mini based cars (read it here). Thomas got hold of the full crash test report of the Midas Gold some years ago, classed as confidential. Naturally, I asked him how he got it and if he hasn't had any troubles with it. He wrote: "I have this document from a Midas Gold owner in Sweden, and he has got it from what he calls MED. I don’t know was this means but I think it was Midas Cars themselves. I think the document was confidential at MIRA when they did the crash test. But I asked him in 2015 if it was okay to publish it on my blog, which was fine." The crash test focusses on the movements of the steering column, or so it seems, but have a look for yourself. I have uploaded a few of the pages below. The full report can still be found on Thomas' website here. 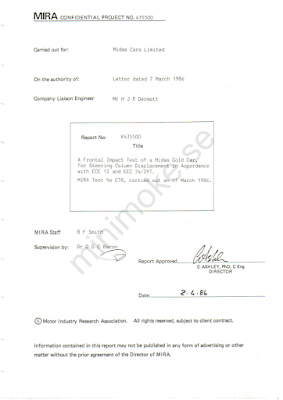 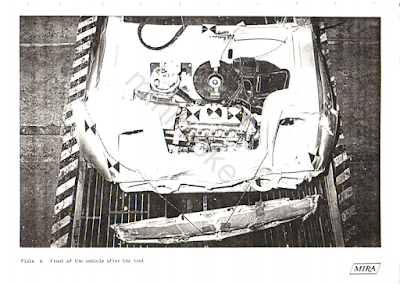 The Midas was towed up to a speed of 49.2 kmh (30.6 mph) and crashed on a 90 Degrees barrier
Picture courtesy Thomas / Minimoke.se 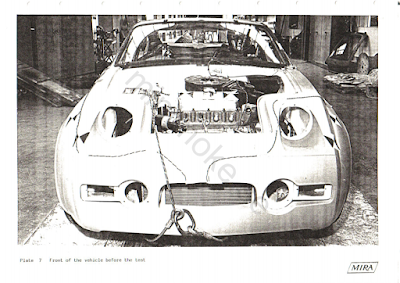 Before the crash. The report states that six high speed colour films were taken of the test, too…
Picture courtesy Thomas / Minimoke.se 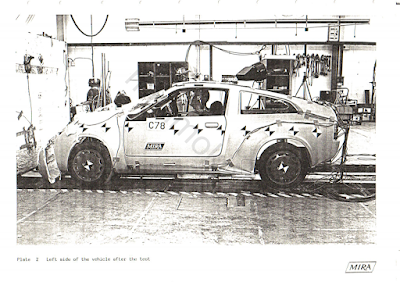 The Midas Gold passed the test with flying colours. All the photos and graphs are on Thomas' websbite
Picture courtesy Thomas / Minimoke.se