Nota enthusiast Jon Scott of Australia contacted me about a Mini based racer. Jon owns two Nota Fangs himself and believes this car to link to Nota's history, too. He wrote: "It's an open wheel hill climb race car built as a prototype in the late 60s by Nota Engineering for what is believed to now be Formula Libra. It's got a Morris Mini 850 in it… thats all I know. I'd love to know more about it."

It's an interesting find. As you may know both Biota as Stimson played with the idea of a Mini based Formula Class at around the same time - see more about that here. But this effort from the other side of the world is new to me. Apart from the Fang, Nota Engineering also made the Nota Mini, but I doubt it links to this racer. Do you know more? Both Jon as myself would love to hear from you. 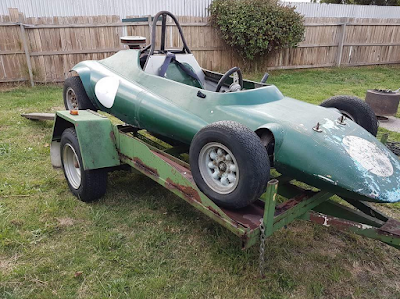 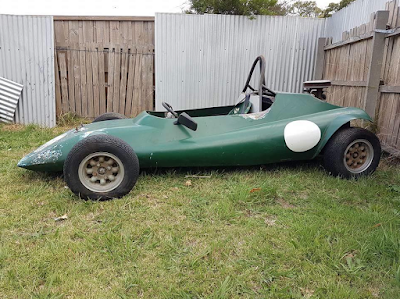 It's an open wheel single seater with attractively lined fiberglass body. Were there more?
Picture Dave Greaves, via Jon Scott 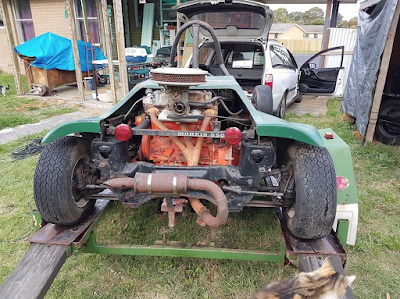 Full Mini subframe and Morris 850 power in the back. Who knows more about this car?
Picture Dave Greaves, via Jon Scott

UPDATE 15 February: Jon has managed to trace two more pictures of the car, showing a bit more of its chassis and front wheel suspension, see below. He adds: "I have found out from the thread these pics are in it's located in Mornington, Victoria (same state as me). I'll try and see if I can get to see it." 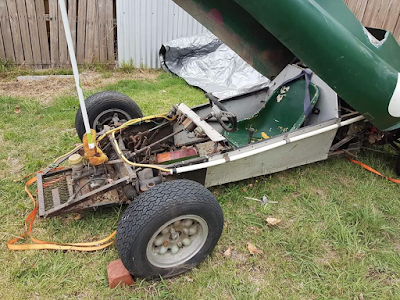 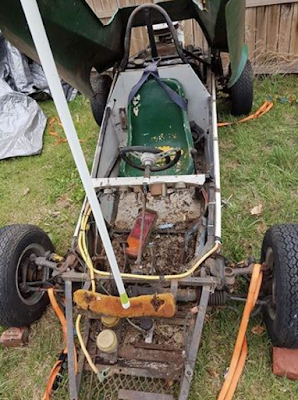