Nothing beats a bit of old fashioned sleuthing work, and Jon Scott has put his teeth into the mysterious single-seater shown here last week (click). He found out quite a lot more and wrote to me: "The green single seater is called 'The Brickette' and was made by the Hume brothers here in Melbourne. Six or so made. I think the chassis was Nota and the body was by the Hume bros. There where three in the Victoria Mini Club way back, one yellow, one red and one green. I got some old photographs from Bob O'Grady in Melbourne, an old bloke who's deaf, which makes him hard to understand. He is also going blind and has badly fitting falses, nice bloke otherwise. Leave it with me for a bit and I'll get an old man translator to chat with Bob. I'll keep you in the info loop as more comes to light." Thanks Jon! 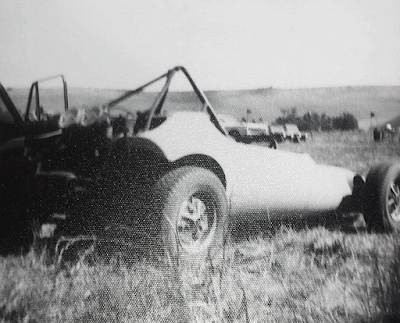 'The Brickette'is believed to be one of six racers, build by the Hume brothers in Melbourne
Picture Bob O'Grady, via Jon Scott 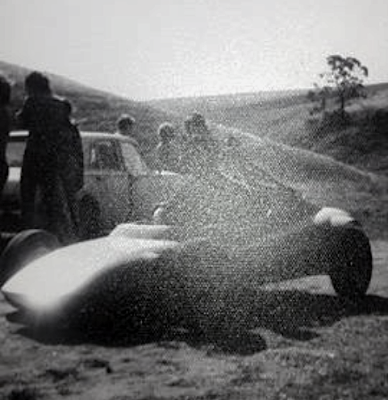 Members of the Victoria Mini Club had three of them at one time. There is at least one survivor
Picture Bob O'Grady, via Jon Scott 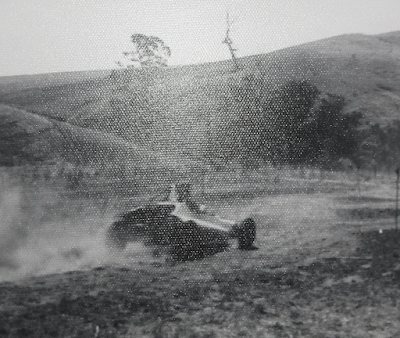 This is Bob O'Grady's car at an unknown venue, probably in the late 1960s
Picture Bob O'Grady, via Jon Scott 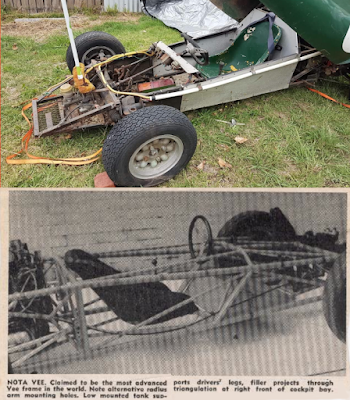