The interest in Mini derivatives appears to be rising, and so it may not be a surprise that someone is once again planning to offer a replica of the 1966 Broadspeed GT. I cannot tell you much as there is nothing certain for now, but as soon as there is news, I will let you guys know. It did make me wonder what other replicas/resurrections and what else have you, were ever fabricated with the Broadspeed GT in mind, and I came up with the following.

Australian BMC and Alfa-Romeo dealer Brian Foley teamed up with Ralph Broad to produce Broadspeed GTs Down Under in 1967 after they calculated it was cheaper to build the cars locally then to import them from the UK. The Australian built GT differed in several ways from the British Broadspeeds, also because they were based on Aussie built Minis. Only four were built of which at least two survive. 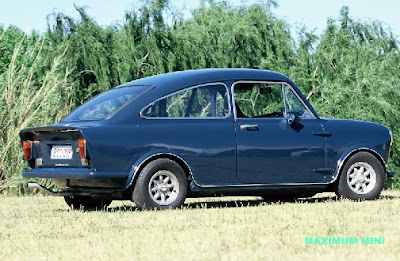 This is a bit of an oddball. Graham West of Burton-on-Trent managed to buy an original but unused Broadspeed GT roof/rear section in 1971 and decided to graft it on a Mk2 Mini with flared arches and E-type inspired interior. The engine was a bored out 998 Cooper. Less then a year after having finished it, he offered it for sale for 860 pounds with only 7,000 miles on the clock. Registration: WUX 421. 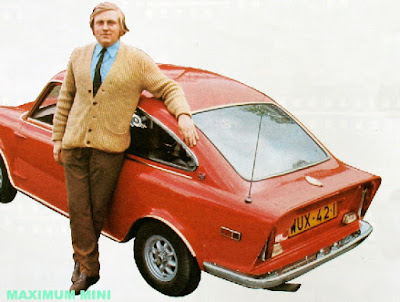 The roof/rear section that Chris Stinton of Roadworks Design in Queensland, Australia, offered for sale was meant for enthusiasts wanting to turn their own Mini into a Broadspeed GT replica. It is unknown how many were fabricated, but several are known. It appears that the roofs were based on the Australian Broadspeed GT by Brian Foley, as they came with the small number plate recess of these cars. 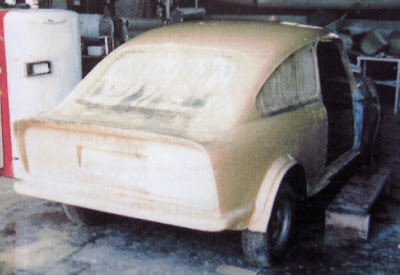 Stewart and Paul Mickleborough of Norfolk restored a genuine Broadspeed in the 1990s and decided to take a mould of the roof/rear section and offer replicas after the job was finished and the car was sold to Japan. They teamed up with Ralph Broad too, but could not use the Broadspeed name because that was taken by the Essex-based company of the same name. Eventually the car was marketed as the Downton GT and a conversion was offered at 4995 GBP ex VAT. Only one car was finished but two more roof/rear sections were sold and built as Downton GTs. 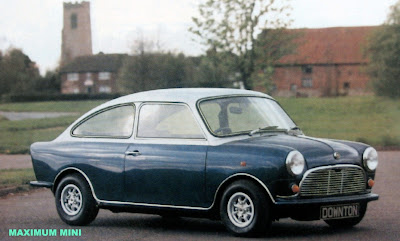 The Downton GT couldn't be named Broadspeed GT, but was very accurate copy

Simon Empson set up Broadspeed Engineering in Colchester in 1995 to sell and restore an impressive quantity of Minis and Mini derivatives of which quite a few went abroad. One of these was a Broadspeed GT. After the Mickleborough brothers came with their replica, Empson decided to do the same. His company offered replicas of the GT and GTS from 15,000 pounds. It is, however, unknown if any were ever built. 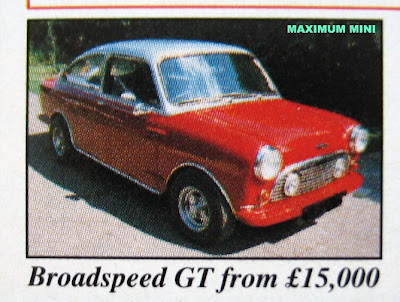 Paul Weldon's father set up a restoration business Church Green Engineering in Semley in the early 1970s. By 1994 his son offered the Walker Minisprint; a year later his foreman Geoff Branston designed a Broadspeed GT lookalike (it wasn't an exact replica) with aluminium roof/rear. The conversion alone came at 8295 GBP ex VAT ex works and was meant for brand new Minis. There were agents in Germany and Japan, but in the end only three cars were built. One remains with the German agent; another with the Japanese one. 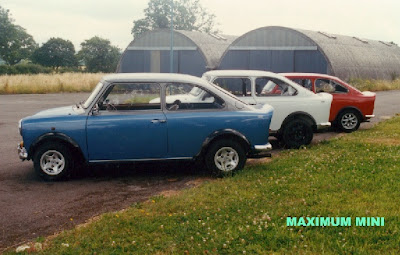 A few people have been inspired to build a Broadspeed GT replica of their own as a one-off. 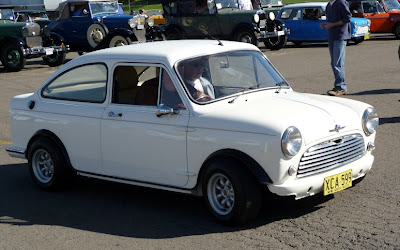 An all-steel Broadspeed GT replica, built by an enthusiast in Australia 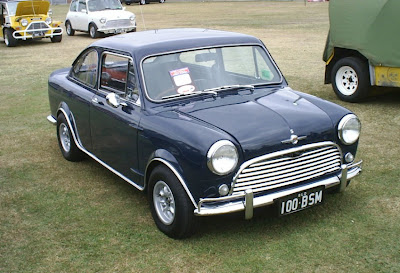 And another private venture, like the one above this one's from Australia, too

UPDATE 21 February 2014: And even more Broadspeed GT replicas on their way! (click here)