I told you I've been hoarding parts in the last couple of months! Well, today I loaded all of them in the daily driver to go to the photo studio nearby (ahem!). There I took these pictures of what the sum of them looks like. Not even all of it is in it, as wind screen, door rubbers and loom didn't look particularly well in the picture.
But most of the bits and pieces that proved so hard to find have been traced by now. Among them all five Marchal parking lights, the ultra-rare Cibie concaved headlights and that dreaded petrol filler cap that was a total mystery for such a long time. The tank itself has been restored as have the magnesium wheels, while the Sprinzel seats have now been retrimmed beautifully. Now, let's see if we manage to bolt all of them on in 2018! 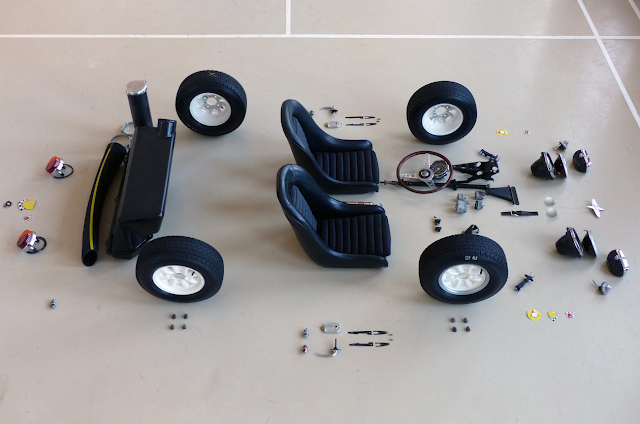 A Mini Marcos is the sum of its parts. Some of them proved a real pain to track down though
Picture Jeroen Booij 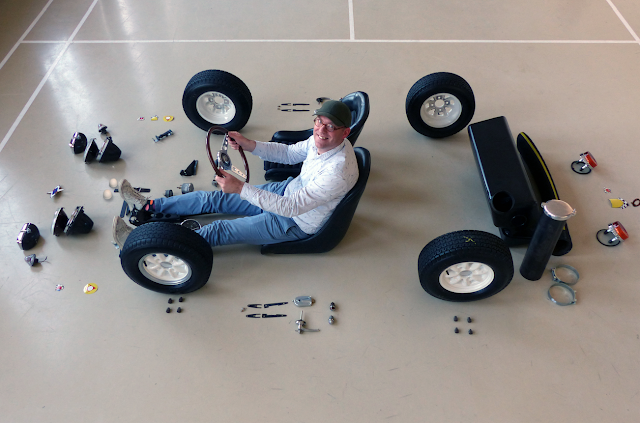 Sorry, I couldn't resist to take a seat here and use the camera's self-timer
Picture Jeroen Booij 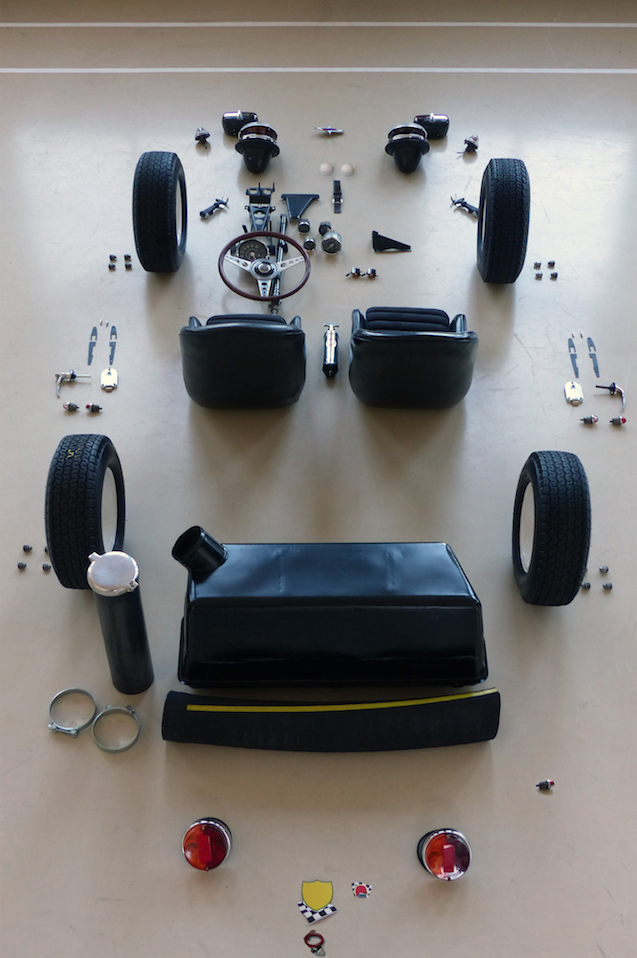