Hey, look at that! The original Biota Midget racer has made it to the market and will be offered for sale in an auction on this Sunday March the 4th at the Five Lakes Hotel and Country Club in Ladon, Essex. Information from the auctioneer is scarce. They write: "Recently released from a deceased estate, this kit car is an unusual find. We can say is that it is one of a kind! The information we have is limited, but it was built and maintained by its previous owner."

Well, that's not the case, as the car has changed hands a couple of times before. It was built in 1970 and meant to challenge the new to form 'Formula Mini Plus', or FMP, with cars having spent a maximum of 450 pounds on them. The idea came from Biota instigator John Houghton. Houghton had been racing in a Hot Car sponsored Midget competition with a home grown Mini based car that he'd christened 'The Black Lawnmawer' with some success. It sparked the idea for a race class with more like minded. A prototype race car was built up around a 90bhp A series engine in its Mini subframe at the front, coupled to a simple chassis with four fibreglass body sections. Things looked good for low cost racing and Houghton offered replica's for budding race drivers. But negotations with RAC Competitions Department led to no nothing and the whole class was banned.

After being entered and raced in some hill climbs and sprints, the car was stored in the attic at Biota's premises in Outgang Lane, Dinnington, Sheffield. It reappeared some ten years ago in a not very good state and without engine (one picture shown below), but some work was clearly done to it. It's good to see it's still there! Thanks for everyone tipping me off about the auction! (and keep them coming...). See the car for sale here. 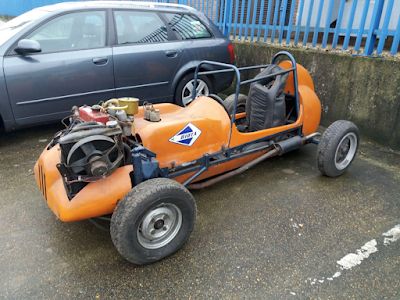 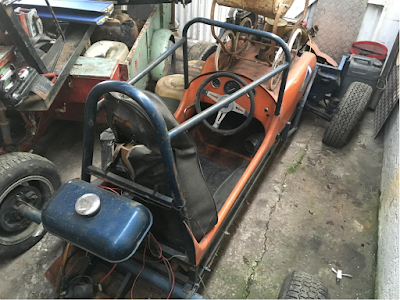 Simple construction made it go well, or so they said, but the whole class was banned
Picture courtesy ECCA 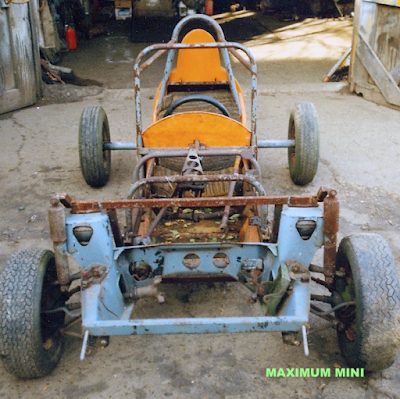 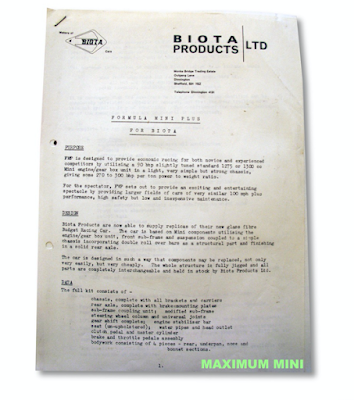 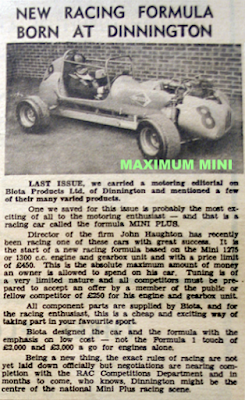 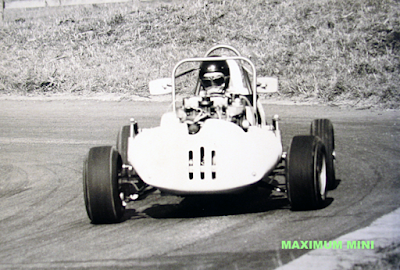 Here the car is seen being test driven by John Houghton. The front hasn't changed much
Picture courtesy Rob Mellaart 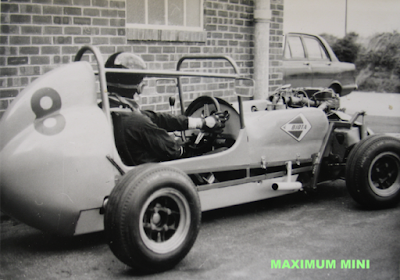