I like the Peel Viking Sport GT, and being a Dutchman, I am intrigued by the fact that five bodies were imported from the Isle of Man to here by fellow-Dutchman Ben Konst. From his residence in Wassenaar, close to The Hague, Ben, together with his brother, marketed the cars from as early as in 1966. Ben was 21 at the time. He is 73 years now and I've known him for some 20 years. He is a lovely man, still much-involved in cars - classic cars now, with a soft spot for Austin-Healeys.

He often told me about the the Peel Vikings. Of picking up the bodies on the Isle of Man, of having dinner with Peel-boss Cyril Cannell and of building his first Peel. This first car became his personal daily driver and also the company's demonstrator. Ben told me it was a real pain to get it road registered at the time, but perseverance paid off and in late 1967 the car was road registered and given the registration '88-49-EP' in Holland. Still without the registration it got featured on the Dutch brochure he had made but once road legal it was road tested by Autovisie magazine, which wrote: "The car that we had on loan from the importer is really nicely equipped with bucket seats and a very complete dashboard. The interior has been beautifully trimmed and the result is a remarkably good little sports car." By that time Ben had gone to the UK to buy Cosmic Mk1 wheels for the car and modified several things, too. Initially he'd build up the car with as many parts as he could re-use from the donor-Mini: an 850 saloon he took from the local scrapyard with frontal damage. But once using it as an everyday car, he didn't like the narrow Mini rear screen and small rear lights and decided to fit the bigger screen and round light clusters from a Fiat 850. He also fitted rear bumpers.

In the summer of 1968 he took the car, together with a friend, for a little holiday to Knokke, Belgium. Once they arrived there and had set themselves at the local camping place, they spotted signs for a concours d'elegance. Being car fans they had to have a look, and took the Peel to the place which was full of Ferraris and Jaguars. To their own amazement they were greeted with lots of enthusiasm and asked to join the festivities. Only trouble: a woman was to drive the car on to the Knokke boulevard and stop in front of the judges, but Ben and his pal were on their own. Nothing to worry: the organizers would mobilize one of the Shell-girls present at the event and she was to drive it. However, when the moment was there, there was no Shell-girl to be found and so eventually Ben had to drive the car himself. Although sleeping in a tent, he'd been fortunate enough to have brought a jacket and a tie, and hastily put these on. The crowds cheered and they were both invited to the prize-giving dinner, too, that same night in the Knokke Casino. A very posh place, and Ben remembers well how he had a look at the drinks menu and decided to order the cheapest drink available - which was still mighty expensive - share that with his mate and try to sip as slowly as possible from it. This while all the other people attending looked to be ordering bottles of wine and Champagne! Imagine their surprise when 'Monsieur Konst' was asked to come over to the podium to be provided with a first prize in class! He still has the certificate at home, but I haven't been able to copy that.

So, what happened to the car afterwards? Ben sold it in - he thinks - 1969, but there every trace ends. Could it have survived the next 49 years? Stay tuned, as I have some great news coming up. 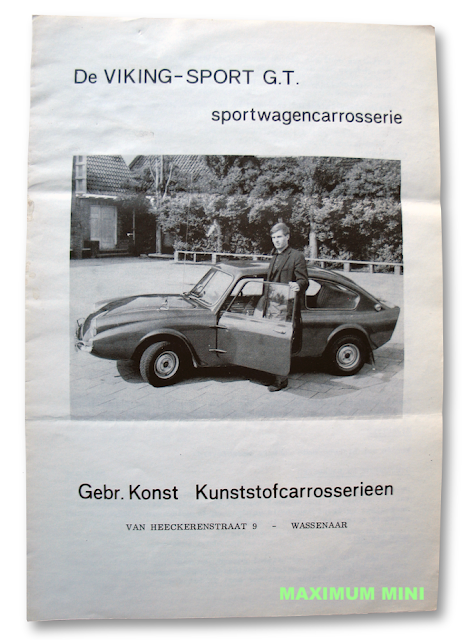 Just ready, no registration yet: Ben proudly standing next to the Peel Viking Sports GT on the cover of the Dutch brochure for the car. He is 21 years old here
Picture Jeroen Booij archive

A newspaper ad for the car. Ben had become importer for the Peel Viking and had brought over the bodies from the Isle of Man by himself
Picture Jeroen Booij archive 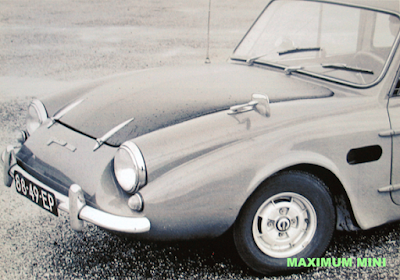 In late 1967 the car was finally road-registered in Holland. Ben brought the Cosmic wheels over from the UK and had now made some modifications to the car's body
Picture Jeroen Booij archive 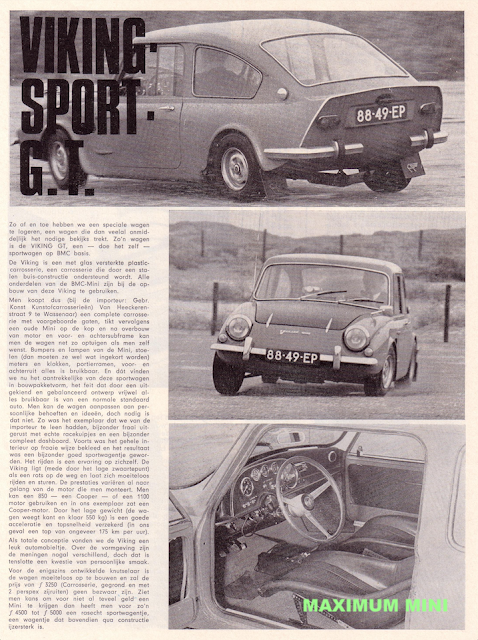 Dutch motoring magazine Autovisie did a road test on the car and liked it. Note modified rear end with Fiat 850 screen and rear lights plus bumpers
Picture Jeroen Booij archive 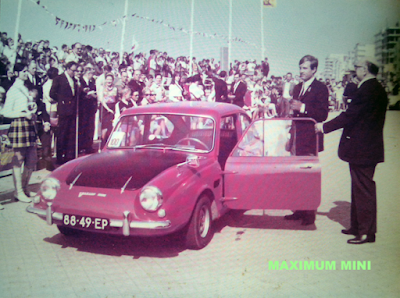 Summer 1968 on the boulevard of Knokke. Ben just got out of the car in front of the jury
Picture courtesy Ben Konst 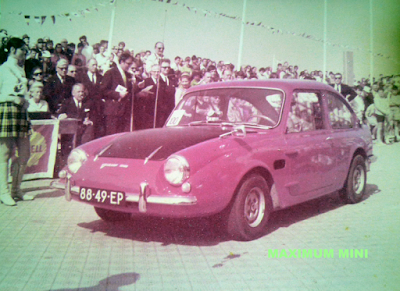 This was a prestigious concours d'elegance where the Peel Viking Sports GT won first in class!
Picture courtesy Ben Konst