Found in rural Oxfordshire and photographed by Tim Green: an Autobarn Gecko that's slowly becoming one with the nature surrounding it. Will it be too far gone or was the Gecko really the toughest of all Mini derivatives? (that's how they marketed it!). 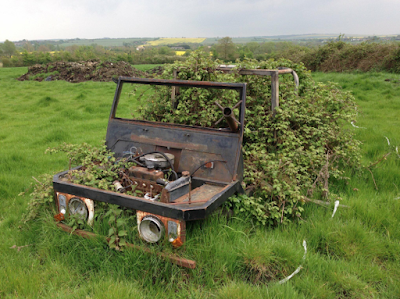 Found in a field and slowly detoriating. Or not? The Autobarn Gecko was tough
Picture Tim Green 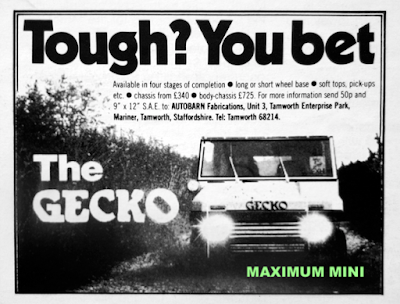 You bet it was! They car was advertised throughout the specialized press as being so
Picture Jeroen Booij archive 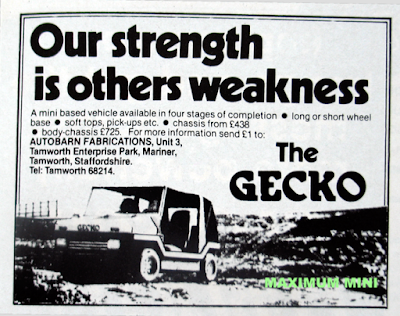 'Our strength is others weakness'. 88 Geckos were built between 1976 and 1992
Picture Jeroen Booij archive 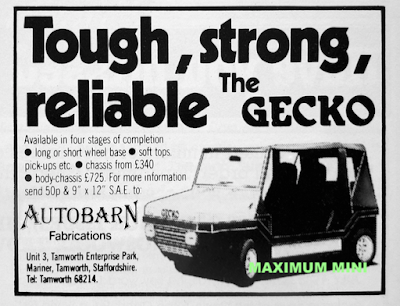 The company behind it was, remarkably, a Volkswagen Beetle specialist
Picture Jeroen Booij archive This one looks more cared for. The Gecko was available in a number of variants
Picture Jeroen Booij
Geplaatst door Maximum Mini op 09:03