We're on our way to the Mini's 59th birthday in August 2018. But let's have a look back at an earlier anniversary first. The 25th birthday party in particular, which took place in the UK on August 1984. A little group of modified Minis got together for the picture seen below. There is a lovely Stimson Safari Six in the middle and some much modified Mini saloons at the front, all in great 1980s style. But how about the bright green creature seen at the right? Anyone any ideas about that specific one?

UPDATE 12:00: Colin Baines recognizes himself! He is second from right and owned the Safari Six. He writes: The chap on my left owned the green thing. It was home made from aluminum and had an Austin 1300GT engine and subframe in the rear." 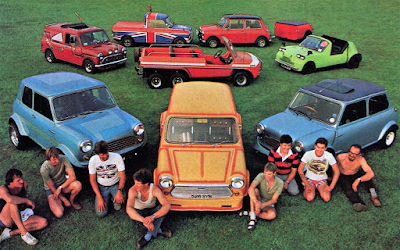 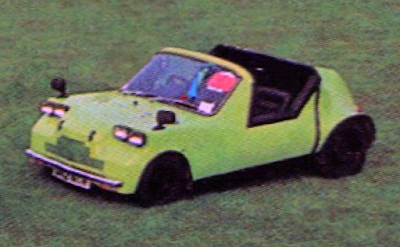 But what on earth is that? Surely a home-made creation. More info would be welcome, though
Picture Jeroen Booij archive