A most remarkable Beatles related automobilia item was sold last weekend through a website called the Beatles Marketplace. It was a well-used and pretty scruffy 37-page sales ledger of Brydor Cars – the car brokering company set up by Beatles manager Brian Epstein in 1964.
From the seller’s blurb: “A meticulously accurate hand-written sales ledger for Brydor Cars listing all 597 cars they bought and sold during the companies history between November 1964 and January 1967.”

When studying it, it turns out that of the 597 car transactions in this period, 49 were either bought or sold by the Beatles personally and / or Beatles friends and associates, with 24 cars for John Lennon, Paul McCartney, George Harrison and Richard Starkey. These include all of the Beatles coachbuilt Minis.

The sales ledger, ‘condition poor’, made 1,500 pounds last weekend, which seemed not bad to me considering it is a unique document and an intriguing bit of motoring history related to the Fab Four. The seller stated: “It is the only definitive and accurate record of the cars the Beatles bought and sold during this time. It corrects and puts the record straight on a lot of errors, regarding the Beatles cars, which are stated as facts throughout the internet.” Some pictures of the pages can be found here (link removed on request by the ledger's new owner-JB). 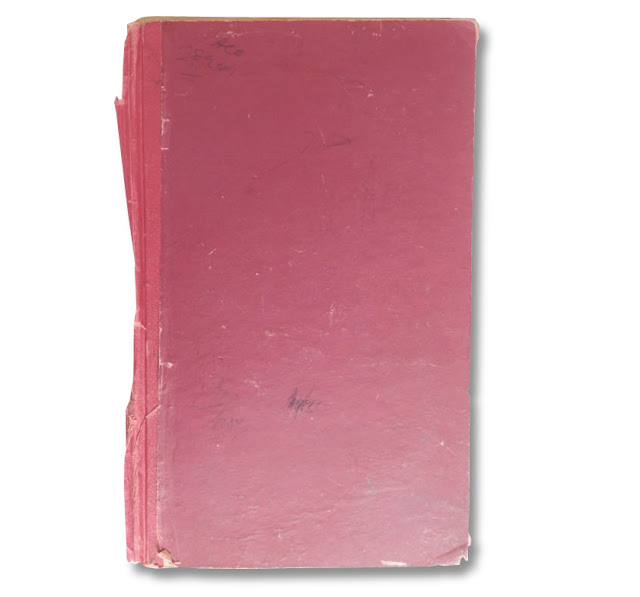 It's all in there: scruffy but original sales ledger of Brydor Cars Ltd.
Picture Beatles Marketplace 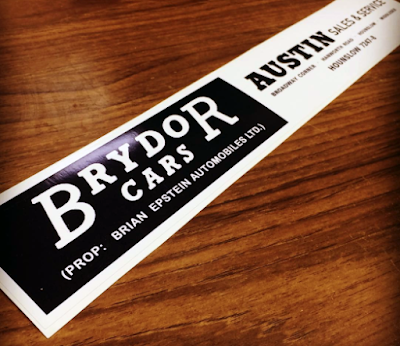 Brydor Cars was set up by Beatles manager Brian Epstein and handled all the Fab Four's cars
Picture Ebay.co.jp (this is a replica decal)

Email ThisBlogThis!Share to TwitterShare to FacebookShare to Pinterest
Labels: The Beatles Minis