Just a tiny little update about the Le Mans Mini Marcos before I come up with a more extensive news report on the car's restoration.

I picked up the shell from the body restorer yesterday and must conclude he has done a truly fantastic job. Everything is now brought back to what it was in 1966, with great attention to detail. But more about that later.

During the work, at one time, a socket fell into the body and the only way to get it out was to drill a little hole in the sill and use a magnet. While doing so, it turned out there were Portuguese newspaper cuts into the sill and a vacuum cleaner was used to get these out.
This thing came also with it, and I wanted to share it with you. It says 'Convertions J. Albertini' and it is a decal from Jose Albertini, who owned the car in 1970. When I showed it to Philippe Quiriere, who is building the car's engine and who took over the old Albertini stock, he replied: "I went to Jose's house three weeks ago, and I found some stickers, and only one like yours. It is very rare, because it is so old." It made my day! More to follow. 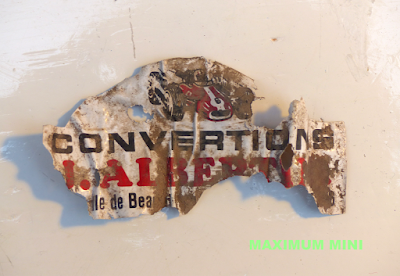 J. Albertini sticker was found in the car's sill. Albertini owned the car in 1970 when he hill climbed and rallied it
Picture Jeroen Booij 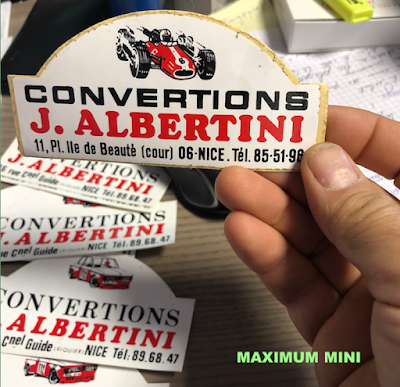 Engine builder Philippe happened to have found one of these old stickers three weeks ago...
Picture Philippe Quiriere 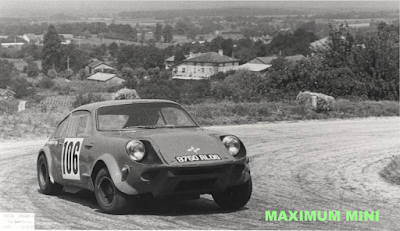