Another ex-Unipower GT owner tracked down

It's been almost a year since I was tipped off about an ex-Unipower GT owner by Cox GTM owner Stuart Poole. He wrote to me: "Hi Jeroen, I have a little snippet for you, concerning a Unipower. Over the weekend I went to a classic car meet in my local village. I had just got my Cox mot’d and thought I’d take it along and park it up on display for all the locals to ask the usual question, what is it?"

"During the day a gentleman came over towards the car with a big smile on his face. He asked me if I was the owner, and then preceded to tell me of his antics as a race driver in the 60’s/70’s and how he remembered the Cox and others on the race tracks. He told me that he used to own an Ogle, but sold it on to a chap from Japan who was interested in Minis, Specials and oddball British cars. He then started telling me about a Unipower that he had purchased in 1971 for £500. He told me how much fun it was and how much he missed not owning it anymore. He told me that he sold the car in 1978, for what he thought was a huge sum £11,000. That’s a lot of money in anyone’s book for 1978. The car was an early 1966 car, UK registered as SUR 109D. White, with slightly enlarged wheel arches."

"He asked me if I would ask you if you knew of the car? Or if you had any information as to what became of it since 1978? I’m sure he’ll have some more stories to tell about it."

Now, I did happen to know know a bit more about the car in question. It is indeed an early car (chassis number 4) that was restored in the 1980s by Janspeed man Simon Lee and sold to Japan once more. As a matter of fact it was spotted there by a reader last Spring (click here). In the meantime I am in touch with the former owner and have spoken to him several times on the phone, and, yes, he has some good tales to tell. I have now also just received a lovely set of historic photographs from him. Soon to be continued. 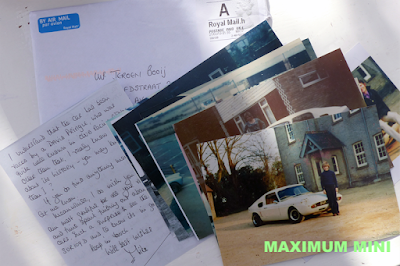 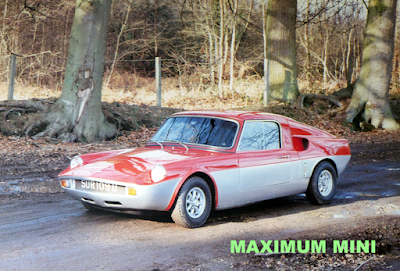 The car after having been restored in the UK, not long before it went to Japan
Picture Jeroen Booij 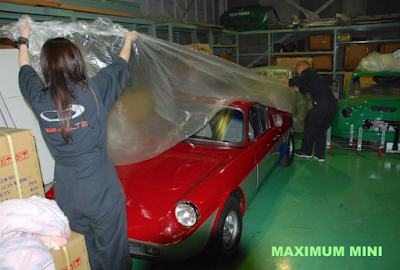 ...And as seen in Spring 2018 in Japan by a reader of this weblog. Still looking good
Picture Danny van Giel