Former Unipower GT owner Mike Lousada has some more tales to share. Click here to read what he told me earlier, below there's more. Over to Mike:

"Before the Unipower I had an Ogle Mini. I bought that in Essex and only paid 400 pounds for it and that was in 1968 I think. Johnny Kendall had one of the very first Ogle Minis. He was a racing driver who moved to South Africa and he was a friend of mine. Mine was metallic blue and I should have kept it, just like the Unipower! What happened is that I got confused. I was heading to a divorce and thought I'd better get rid of the Unipower at the time. A man from my village was interested in it and bought it from me. But he kept it only for a short time and sold it to a man who fully restored it. This must have been Simon Lee you told me about."

"The Ogle was a very nice car, too. I remember seeing the remains of the crashed car of David Ogle in Letchworth (picture here- JB). After that they had lots of bits left for the Ogle Minis and I bought several of them. Sadly I have no photos of my old Ogle as these are the only photos that I have, left after my divorce in 1978, my ex-wife having destroyed them."

"If you do find anything more, please let me know. Meanwhile, I do wish you well and am most grateful for all your research and time spent finding out about these cars. Such a surprise to see the photos of 'SUR 109D' and to know it is in good hands!" 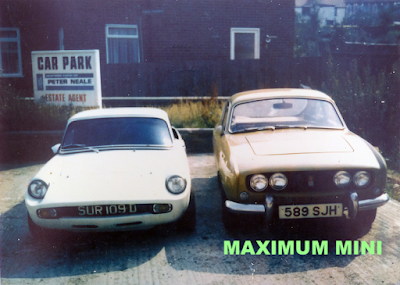 Mike's Unipower GT alongside a visiting Ogle Mini at his office. All photos of the metallic blue
Ogle SX1000, which he owned himself have gone unfortunately
Picture Mike Lousada / Jeroen Booij archive 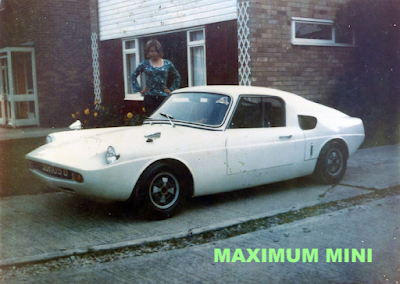 Mike: "The day I bought the car, my ex-wife standing by it. 1972 - I think"
Picture Mike Lousada / Jeroen Booij archive 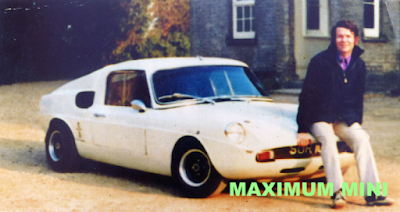 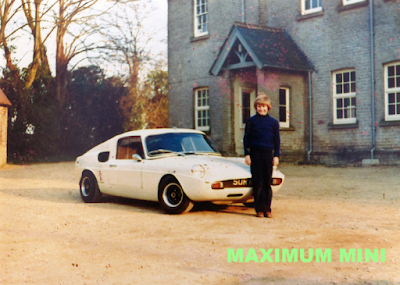 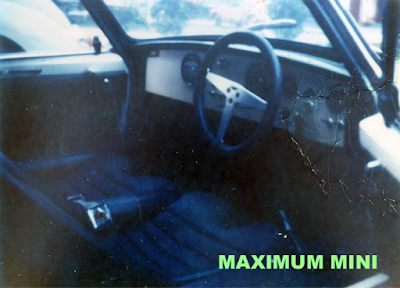