I know of a few Mini derivatives in Austria, but overall they are pretty scarce there. Michael Kaufmann contacted me from that country and wrote: "Hi Jeroen, I am still looking/dreaming for a Mini Marcos or a unique Mini kit car but with our Austrian regulations it's not easy to import them."

"By the way, there is a GTM here for sale. This one is since over 15 years in Austria and comes in spare parts for a full rebuild. I know the person who bought it in the UK and the current seller is now the third person who hasn't done any work on the car."
"There is also a Mini Marcos in Austria that is for sale, but it's too expensive for me, see pictures. I didn't see any UK registration papers and know only the reseller, who I think you know him, too, as he has an orange Jimini. Best regards, Michael"

Thanks Michael! These were two cars I didn't know about! If anyone is interested in them, let me know and I'll see if I can get you in touch with the sellers. 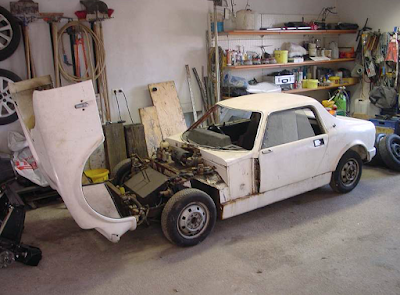 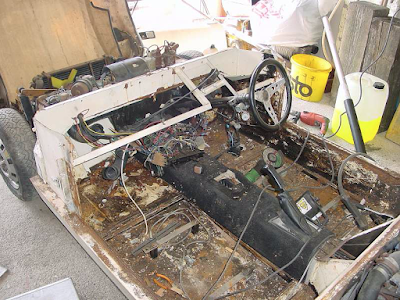 Work on it was started, with the fibreglass body removed, but that seems to be it
Picture via Michael Kauffmann 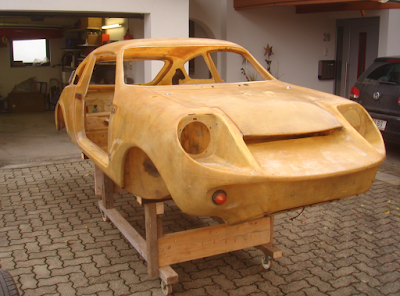 In Austria too: a Mk4 Mini Marcos bare shell. Surely a nice project to somebody
Picture via Michael Kauffmann 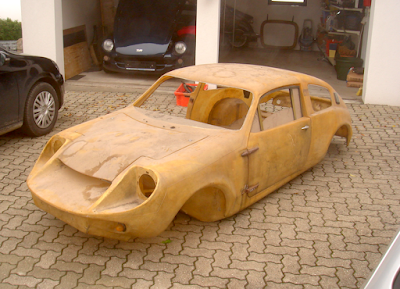 Austrian rules make it hard to import cars such as these to the country, says Michael
Picture via Michael Kauffmann