The Ogle that made it to a book - but where is it now?

When Scott Barrett contacts me it is always for something good, and this time his message was no exception. He asked me if I knew more about an Ogle SX1000 formerly owned by Sandy Skinner. This is what he wrote: "Hi Jeroen, I wonder if you recognise this car - it’s an SX1000 that was owned by my late friend Sandy Skinner. This was when he was selling it in 1973. I think the registration was 7413 MX. Somewhere we have some of the original photographs taken for this advert but I seem to remember the registration was not visible in any of them. Have you heard of this car before? Any idea what happened to it after Sandy sold it? Best, Scott"

I had never heard of that particular car and couldn't find any more pictures of it either. A day later Scott sent me another message, attaching a copy of the original photograph used for the ad also: "I have now scanned the other stuff and there is this photograph, which is much clearer too. Hopefully somebody knows what happened to the car."

And it didn't stop there. Another day, another message. Scott: "Further to what I previously sent - I’m sure you have read Sandy’s interesting piece in The Motorist's Bedside Book, which was inspired by his ownership of the Ogle Mini?" Again I had to admit I hadn't. And so the book arrived in the post a week later. Now that's what I call cooperation! The chapter written in the book by Skinner is interesting indeed. It is called 'A little doesn't go a long way' in which he tries to answer the question 'Why can't you sell a top-quality small car?'. It is full of praise on the little Ogle, comparing the qualities of David Ogle to those of Ettore Bugatti: "The man who stood out from the mob of exponents of bad taste and erratic manufacture was David Ogle. Like Bugatti, he applied design sense and determination to a wide range of interests; unlike Bugatti, he succeeded in building a team which survives him to carry on his work." 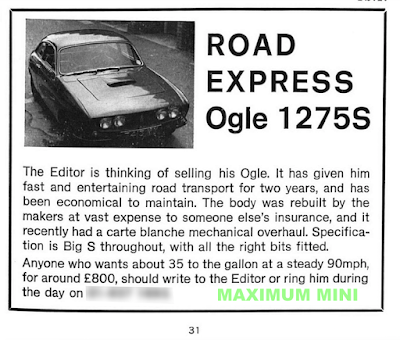 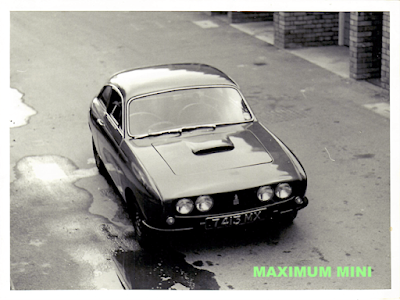 And a copy of the original photograph used for the ad. What happened to '7413 MX'?
Bonnet scoop seems to be unique on this car and should make it recognizable
Picture Scott Barrett 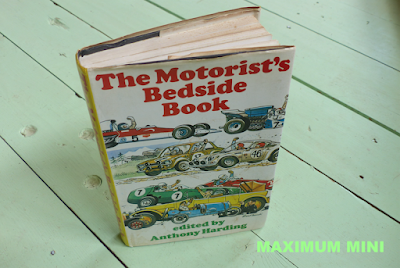 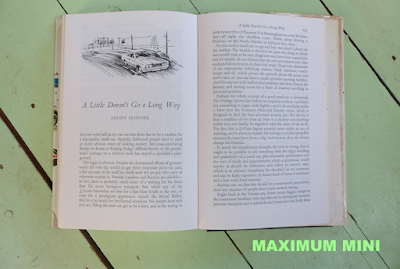