When I wrote about a Swedish Cox, owned and raced by a man named Sagobert Swenson (or Swensson?) over six years ago, (click here) I received two interesting answers. Both implied that the car is alive and kicking and still in Sweden. One of them translated: "Dagobert's Cox is in southern Närke. It's good, more info will come later. Magnus.L". But I never heard from Magnus again, and also not from the other person reacting. I did come across a few new pictures of the car in question last week, though, showing the car at the Kinnekulle Ring in 1969. So here we go again: does the car survive? 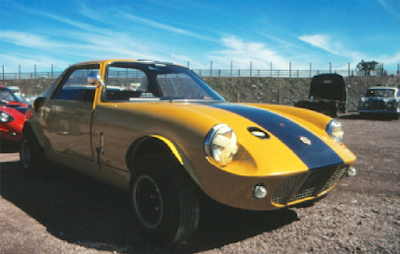 It's yellow, and seems to be an early car. Is Dagobert Swenson's Cox GTM still alive?
Picture Svante Fredén / Sportvagn.com 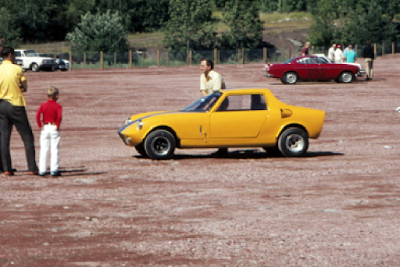 Said to survive in the Närke district, the car is seen here in 1969 at the Kinnekulle Ring
Picture Svante Fredén / Sportvagn.com 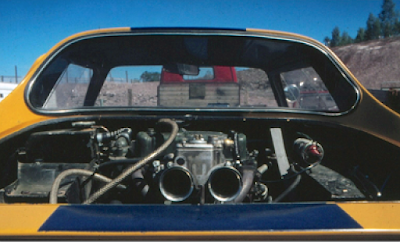 Weber carburetor may say something about the state of tuning? We know it challenged bigger cars!
Picture Svante Fredén / Sportvagn.com 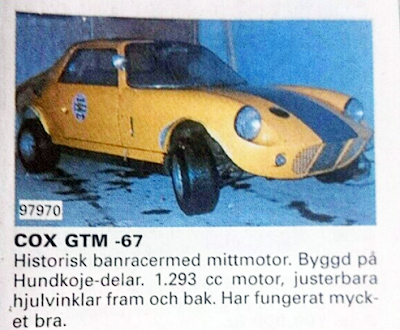 Still looking pretty much the same: the GTM as it was offered for sale in 2004
Picture via Lukas Berglund


UPDATE 2 JULY: A message from Martin Andersson:
"Hi Jeroen. I read your question about the Cox GTM of Dagobert Svensson. I don't know very much about this car. But I know that it was bought by a guy after that advert you refer to. And his intention was to restore the car for the GT class in historic racing. He initially bought some spares from my dad in the early stages of the restoration. My best guess is that the project is stalled and hidden away in some barn or garage now days unfortunately. Best regards, Martin Andersson"

UPDATE 2 July, an hour later: A message from Mikael Pettersson:
"Hi there, I shared your post about Dagobert's Cox on the Facebook page of Mini Club Sweden.
And got an answer from Magnus Larsson! see attached screen clip. His answer (free translation): "It will be on display during the 'Rally to the Midnight sun' in Askersund the 12th of July by the Sjöängen school." I will share the post with you if possible. Askersund is a town in mid Sweden, north of of the second biggest lake in Sweden, Vättern. Unfortunately I cant go there because I am booked already for other things. I will check anyone can pass and take photos. Cheers, Micke Pettersson, Uppsala, Sweden"
That is excellent news. Thank you Micke! 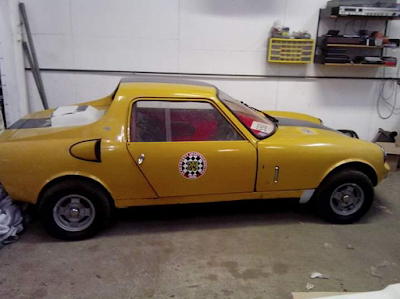