This car has been seen here before (click here), but I'd want to make another plea for more information, also on behalf of the current owner Jaap van den Corput. Jaap wrote: "It came with registration but since the wheelbase on that is not correct it's not valid and so not original. I'd like to make it road legal though, so any information about its whereabouts would help. Unfortunately there are no indications or numbers to be found anywhere on the vehicle."

Now. All that I have is one historical image of it, seen in print and also featured as 'Mystery Mini Derivative' here in 2013 (click). But unfortunately I do not even know the source of that image. One good thing is that the bonnet, which was missing at some point is now reunited with the car, wearing the 'Austin America' badge that can also be seen on the old photograph. Was it ever registered at all? All further info is that it was supposedly built in The Netherlands in the 1980s but even that is not confirmed.
So here we go:

Who knows more about this car, supposedly built in The Netherlands in the 1980s?
Who knows the source of the old photograph, seen below?
Who can tell anything about the build. It certainly seems Scamp inspired? 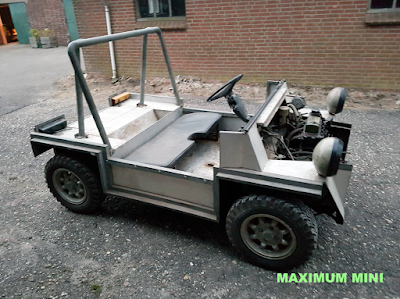 Dutch Mini based Special seems to have been based or inspired on the Scamp?
Picture Jeroen Booij archive / Jaap van den Corput 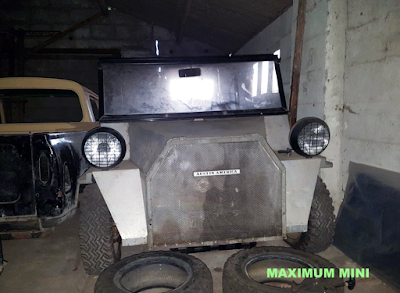 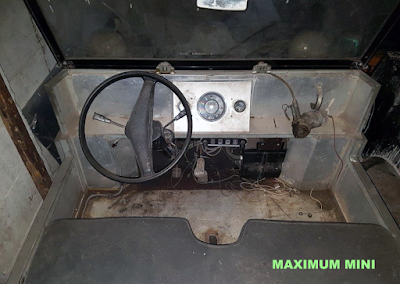 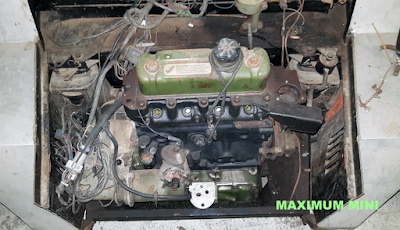 Engine definitely is an A-series. Who can tell more about it though?
Picture Jeroen Booij archive / Jaap van den Corput 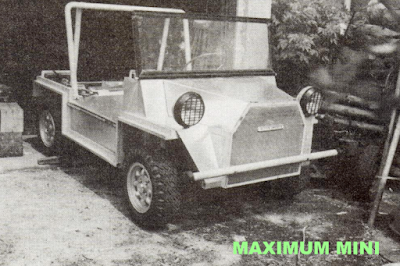 This is the only historical picture that I have of it. But what is the source?
Picture Jeroen Booij archive