More on Ogles in America

As promised here some more information on Ogles in the USA. Brian Hunt contacted me with the following information: "I am an avid follower of Mini news and wanted to provide some items. I used to race a Mini Cooper in the early 60’s in New England and met George Olton, who ran a sports car parts shop in Hingham, Massachusetts in the 1960’s, specializing in British equipment. He had the first Mini Cooper in the USA flown in to Boston and raced it extensively, wining his sedan class at Thompson course in Connecticut June 1964 and at Lime Rock park in CT in May 1964 (New York Times newspaper archives). I used to race with George at several tracks in New England and Canada. I had a Cooper 995 and he had a Cooper 1300. This included regular track and winter ice racing."

"George became the Boston dealer for the Ogle and imported several. He used his demo car for rallying. I participated in the winter Tri State 24 Rally in 1964, me and a co-driver in my Cooper and George in his Ogle SX1000. This was a mid winter rally starting in Portland Maine and proceeding for 24 hours through Maine, New Hampshire and Vermont, ending back in Portland 24 hours later. He came in 6th with the Ogle and I finished 22 out of 130 entrants."

"I believe he did not do too well with the Ogle sales so dropped the dealership in 1965."

Unfortunately Brian couldn't find any photographs and I do not have any either. A Google search for George Olton didn't provide more insight, too, although 'George Oulton' gave quite a lot more hits, especially when combined with words such as 'racing' and 'Mini'. But nothing to be found on Ogles. Remarkably I did come across a hit of the man having entered a Mini Marcos at the 12th Annual Bahamas Speed Weeks - in as early as December 1965. I'd love to find out more about that, too.

UPDATE: I should have known this but the two cars seen below actually are the same, with the California plate used on the New Mexico car... Thanks for letting me know though. 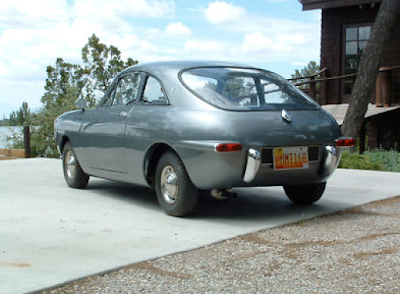 This Ogle SX1000 hailed from New Mexico, USA. Probably after being imported by George Oulton
Picture Bring a Trailer 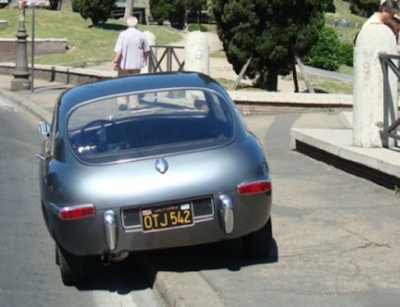 Oulton supposedly sold several from his base in Massachusetts, like this California car?
Picture Bring a Trailer 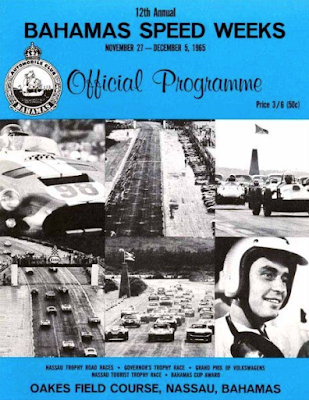 As he seems to have entered a Mini Marcos in the Bahama Speed Weeks races of December 1965
Who knows more?
Picture Racingsportscars.com