Lolita Mk1 from the man who helped to build it

Sometimes I read something that is simply too good not to share here, and the following piece is just that, as written by an Australian blogger named Gnome on his weblog Back Country Roads. This is what he published back in 2000:

"Fate often plays the main role in determining the direction our lives take. In 1962 I had bought my first car, a black Morris Mini 850. BMC as it was then called had fitted a very poor quality gearbox to the early cars and I was one of the lucky ones who received the updated gearbox. The local dealer at that time was Lorimers at Gordon. When I went to collect the car the mechanic who had fitted the new gearbox came out to talk to me. His name was Henry Nehrybecki. For some reason my Mini had appealed to him, he said he liked the little bits of bullshit that I had added to the car. He invited me to have a look at a car he was building in the workshop."

"I had had an interest in motor sport from an early age so an invitation to see a racing car actually being built was amazing. Even more amazing when Henry asked if I would like to help him with the construction if ever I had some spare time. I had started life as a motor mechanic but it was not a successful career choice for me. I dropped out when I was up to my third year of apprenticeship. All of this happened around 1963, for the next two years I spent every Saturday in the workshop. I learned more about cars and engineering in those 100 days than I did in the three years of apprenticeship. He was a perfectionist and a very good teacher. I was very much the gopher but it was very interesting and enjoyable to see the car gradually come together."

"Henry had worked for Eric Broadley's Lola team in England working on their sports cars, Formula Junior cars and finally the Formula One car. I never did find out why he left but his decision certainly added another very interesting chapter to my life."

"The car was finally ready for it's first test drive in 1965, Henry drove it to Oran Park where Kevin Bartlett was waiting to give it a few fast laps. I actually got to drive the car up to the grid which really made my day. It was powered by a 1098cc Cooper S motor mounted on top of the gearbox in the same way as the Mini's. The motor was in the rear, mounted east west but it was tilted forward at around 30 degrees so that the weight was in front of the rear axles."

"Although I spent over two years of my Saturdays and some midweek evenings working on the Lolita project as an unpaid volunteer, I feel very fortunate to have worked with a master crafstmen. I learned a lot about quality, workmanship and attention to detail." 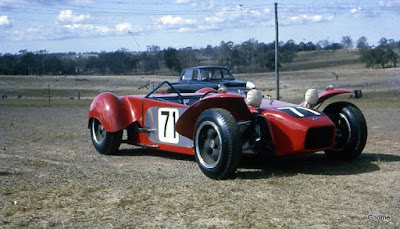 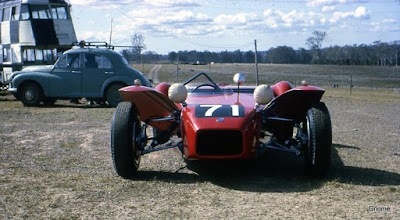 The Lolita Mk1 was followed by a Lolita Mk2, also by Henry Nehrybecki
Picture Gnome / Back Country Roads 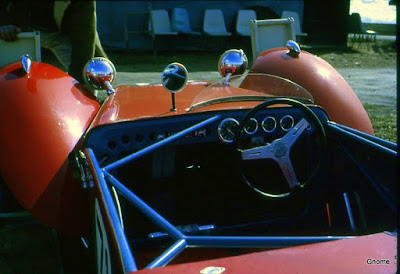 Gnome: "I feel very fortunate to have worked with a master crafstmen.
I learned a lot about quality, workmanship and attention to detail"
Picture Gnome / Back Country Roads 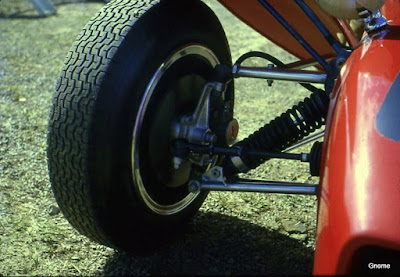